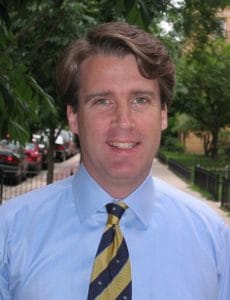 Blake Rockwell created the non-profit Special Spectators after completing the Self Expression and Leadership Program in 2002. This week he was named a CNN Hero in acknowledgment of the impact the organization has had on tens of thousands of seriously ill children, siblings and parents. This doesn’t include the millions of spectators of college athletics who draw inspiration from these events.

Special Spectators provides seriously ill children and their families a VIP all access game day experience at more than 50 major colleges and universities. Children are able to visit the team training facilities, meet the coaching staff and players and be recognized by an arena full of fans during the game. 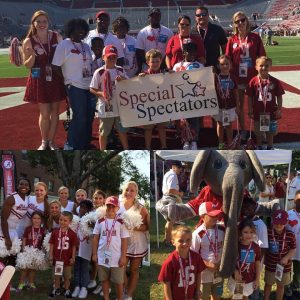 Like the families of the children who participate in Special Spectators, Blake was inspired by an older brother who died of a heart defect at the age of 10, several months before Blake was born. When he was older he went on to volunteer at the hospital where his brother was treated.  When the chance to create a community project in the Self Expression and Leadership came his choice was easy, but when Blake created Special Spectators, he expected it to be a one time event. He could not imagine that 15 years later he would be the director of a beloved non-profit having touched the lives of so many.