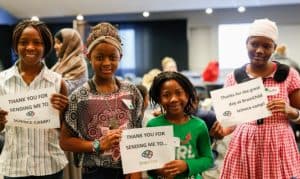 Chad Mielke came up with this project during his Landmark Self-Expression and Leadership Prorgram during the fall of 2015, and ran the first BrainChild event in January 2016. Some of Chad’s biggest passions in life have been kids, education, and math and science. For him, it seemed like a natural fit to combine these and help kids in need discover a love of learning through a science camp. The BrainChild project is a free one-day science camp for kids in need. BrainChild’s mission is to provide these kids, whether disempowered or disengaged, and help them take a step forward towards education. Their vision is to form a community where no child is left behind, where all are nurtured, and all graduate high school to go on to become productive members of society.

Chad ran the camp in both 2016 and 2017, and has had kids attend ranging from the age of 6 to 13 participate. Many came from centers like the Boys & Girls Club, Big Brothers and Big Sisters, the Africa Centre, and children working with the Plugged In Community Centre and their members in St. Albert.

The entire project to date, two years and counting, has been funded by local business community sponsors. Fund raising has been challenging for the project in the best of times, let alone when economic times were tough. Chad started this project from nothing and so in year one, the entire committee had to build this from the ground up. They asked for advice from those who’d gone before and started similar community projects, or even non-profits and charities; however, it took a lot of time and effort to launch a new community project that involved the coordination of over $12,000 in expenses for a single day and over 130 people, including volunteers. 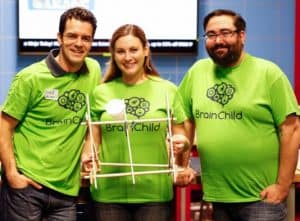 “I also had a lot of personal doubts throughout it all, but what kept me going was the knowledge that I could and would succeed,” says Mielke. It was simply one day at a time, one conversation at a time, one problem at a time. Looking back, it’s incredible what can be achieved.”

In year one, 2016, they took 81 kids and 44 parents and guardians to camp, for free, at the Telus World of Science Edmonton, including a full day of exhibits, feature presentations, IMAX, planetarium, science demonstrations, lunch, snacks, takeaway bag, event t-shirt and more.  During year two, 2017, Chad did much the same but upped their game to 100 kids and 38 parents and guardians, hosting a very similar day at the Telus World of Science Edmonton once again. The third event for 2018 is coming up shortly. The intent is to continue offering BrainChild in the greater Edmonton area, with a vision to not only doing science camps in the future, but also art camps, sports camps, music camps, and much more. Chad would also love to see BrainChild grow further across Canada.

Landmark’s Self-Expression and Leadership Program provided him with the mentorship and community to make the dream a reality. Providing a team of people, a community, whose brains he could pick, who were available to listen, and who were willing to give him a gentle push now and then to keep him going – to not lose hope, to not lose sight of the goal at the end.

According to Mielke, “The Landmark Forum and Advanced Course showed me how much I was getting in my own way. Once free, a world of possibilities opened up to me, allowing me to feel unstoppable in the pursuit of my goals, and giving me the courage to join the SELP program.”