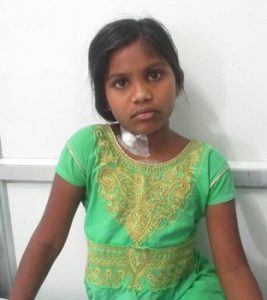 To get to congenital heart disease in children in time, this heart surgeon operates on about 100 young people a year for free. Dr. Swapneel Karne, a cardiothoracic surgeon, came across a few severely diseased children he couldn’t operate on due to late diagnosis while he was pursuing his cardiac surgery training in India. Had he seen them in the early stage of the disease, he would be able to offer a complete cure, allowing them to lead a normal life. Dr. Swapneel also noticed the fact that, apart from the topic of health awareness, financial constraints played a vital role in the delayed arrival of these patients. He could make a real difference in child’s life and survival if he intervened early.

“I dreamt of treating these children suffering from congenital heart disease at the cost their parents could afford or may be free of charge whenever required.” says Dr. Karne. Around three years ago, at beginning of his practice; he once visited the Lok Biradari project at Hemalkasa, run by Dr. Prakash Amte and his family. Initially, it was on a very small scale, but soon thereafter every year he treated a few ailing children for free at the Deenanath Mangeshkar Hospital in the city of Pune, India.

After doing the Landmark Self-Expression and Leadership Program, Dr. Swapneel got inspired to take this venture to the next level, for he believed that all children should be treated without any monetary issues. He now operates on around 8 to 10 children every month free of charge. He singlehandedly wants to expand this project to a higher level so that all these congenitally diseased hearts keep beating.