A new media channel focuses on the actions of those making a difference in a wide variety of endeavors. 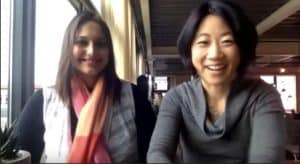 ‘Project Social Impact TV’ is a YouTube channel designed to be a positive media source that leaves people inspired and in action to make a difference. Fomulated by Anna Choi as her project in Landmark’s Self-Expression and Leadership Program, the project aims to transform media from being depressing – highlighting the worst of humanity – to a source of inspiration highlighting what’s possible. The project is using media as a positive resource to highlight individuals who are transforming their communities. After a couple of hiccups, the project really got rolling as Choi led the Self-Expression and Leadership Program in October 2017. She created a huge vision for the project that freed her to record more interviews from awesome people in the community and create many more episodes during the four months of the program. Having the regular structure, accountability, and tools were critical for having this project take off.

Anna claims that she was tired of avoiding the news, which left her feeling like she couldn’t make a difference. She has witnessed the power of media in shaping the narrative of humanity and the future possibility. She then asked herself “what if media could be a source of inspiration that left people motivated to take action? How much can be transformed in the society?” Every day, diverse social leaders make a difference in their communities; so she believed it was important that the viewers hear from the non-majority – those who wouldn’t normally be captured in the news and who are literal representatives of our population.

She has faced challenges like having people she invites for an interview actually commit to a time. She also observed that a lot of people either don’t think they have a real story to share or don’t see themselves as a leader, or are simply too busy with other endeavors to schedule themselves. But in spite this, she has posted 16 episodes on You Tube, soft launched it and created a marketing partnership with Impact HUB, Social Enterprise Alliance.  She also has a journalist with Cascadia Sports.net now doing interviews with the ones who have access to diverse communities. She also shared about this project as guest speaker for an entrepreneurship class at a local university.

Anna now wants to hard launch the station with more marketing/media partnerships and keep recording episodes. Her vision is to create a positive media network so that when someone clicks on one of those stations, they’ll have access to and be exposed to enough positive media to reprogram people’s brains for what’s possible, instead of the current focus on what isn’t working.