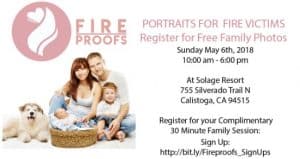 It was a morning in October, 2017, when photographer Jim Vetter, who lives in Fairfax, California, awoke with his eyes burning. The air was thick with the acrid smell of smoke. He looked out his window to ash seemingly falling from the sky and falling onto cars with a coating of grey. He wasn’t certain what was going on until he turned on the news, and he was immediately heartbroken. It turns out he was about 15 miles from the Northern California Wine Country fires. When he saw the news and then read about the fires online, it was clear that there were a lot of homes – and lives – destroyed.

What came to his mind was that not only were these people losing their homes, they were also losing their recorded memories. He was deeply moved thinking about how these people were being forced to make decisions like “what can or should I save? Can I even go back to my home?”

The Napa fires were so bad he knew many of them probably would not even have the opportunity to go back to try to save anything. Their precious memories would be lost forever. 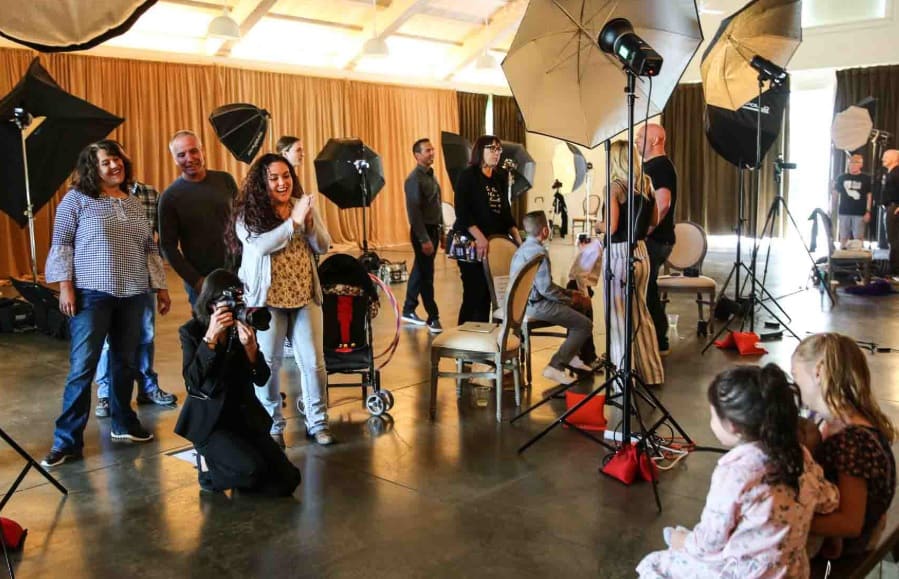 Over the next month or so he thought about how to do it, and wondered if he could actually pull it off.

He had done his Landmark Forum that month in October, and a month after the fires, in November 2017, he did his Advanced Course. It was there that the real possibility of this project came to him.  He shared it with his partner in the course who was overwhelmingly positive about it. That encouraged him to think that maybe this really was a good idea.

At the end of the Advanced Course he signed up to do the Self Expression and Leadership Program (SELP).  Before the class started, he went with his friend, Nancy Bower, to her Saturday workday for the program. At the time, he had no idea that part of the course was to do a project. When he shared his idea with her, she said “That’s the best SELP project and you HAVE to do it!”

The pieces of his project fell into place pretty quickly once the class began in January 2018. Knowing quite a few people in the event industry, he knew who his community was to reach out to so he could make it happen.

Four months later, Sunday, May 6, 2018 – The day of the event, named FireProofs – arrived. In all, 100 families whose homes had been damaged or destroyed had signed up for a free 30 minute photo session. Jim had 10 professional photographers who took a total of 10,000 photographs of 226 fire survivors and their dogs, and a team of videographers from three companies documented it. There were even hair and makeup professionals for the families. More than 40 volunteers contributed. Jim says he never felt burdened by the project. He never felt it was too much even though it was hours and hours of organizational work over a period of months. 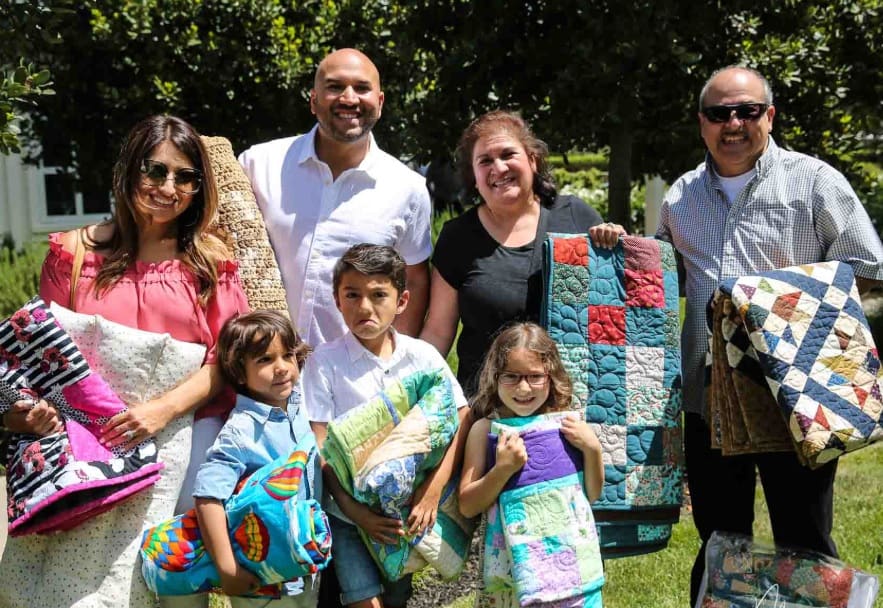 On the day of the event, the feedback from the families was extremely positive. People were so grateful, telling their stories to the photographers and volunteers. Many tears were shed by families and volunteers alike, hugs, laughter and stories of hope were everywhere. It was really emotional to hear peoples stories and they were just so incredibly grateful. Jim said all the volunteers were just gushing about how they felt and just how awesome of a day it was. He says the venue, Solage Resort in Calistoga, did a beautiful job. They created a family area where kids could play, a huge studio room, and a VJ with hula hoops. An organization called “Happiness is a warm quilt” brought hand made quilts donated from people all over the country so that every person photographed could have one.

Jim says “It was kind of a market atmosphere, between the VJ and the kids running around playing. Families came a half to an hour early to have their hair and make up retouched before their photo sessions, and many hung around after because it was just such a great place to be. We were able to deliver what we said we would. I’m blown away and super pleased we were able to pull it off.”

It was Mothers Day when he delivered the final images. He emailed each family an online link to their photos. Each family had their own individual private gallery. The images could be downloaded and printed and even shared online to family and friends. For those who wanted Jim to print photos, he priced them with zero profit. He just knew it was the right thing for him to do. He could apply his skill and leadership to make this happen for these families who had lost everything. He loved inspiring other people and getting them excited to do it with him. 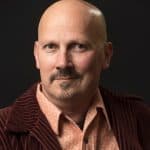 According to Jim, it was learning how to have enrollment and registration conversations in the Self-Expression and Leadership Program that really contributed to him being able to get this done. Without Landmark, Jim says his project idea would most likely have remained “a good thing to do someday”. He says he got a sense of contribution to families who really needed to find hope and to get into action in their lives so they could get back on their feet again. “It was such a great feeling.”

For more about Fireproofs, watch this local ABC news story about the event, or check out Fireproofs on Facebook.