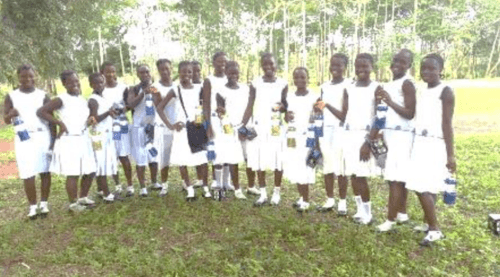 It sounds like a fairy tale - looking for one's lost parents, discovering that one is a princess in a faraway land, and giving heart and soul to rebuild that country. But it's a reality created by Sarah Culberson.

Ten years ago, Sara Culberson began an odyssey that would change her life forever. She grew up in a loving adoptive family in Morgantown, West Virginia, but like many adoptees, she wondered about her biological parents. She began a search that would eventually take her across the Atlantic Ocean.

Her biological parents met as students at the University of West Virginia. Her mother was white and her father was an exchange student from Sierra Leone. After discovering her mother had died ten years earlier, she became reluctant to continue her search. It was not until she did The Landmark Forum that she realized that she was holding back in areas of her life and one of them was pursuing her desire to find her father.

After making a promise to her friend to continue her search, she discovered that her biological father was alive and living in Sierra Leone. Even more surprisingly, she discovered that her father was a chief of the Bumpe province and that made her a princess. After speaking to her biological father for the first time, she soon found herself traveling to Sierra Leone. It was a tale so remarkable that it got the attention of CNN.

She soon discovered that she was far richer than any of the people in the Bumpe community. Years of civil war and strife had left residents living in the most difficult of conditions. When Sarah participated in the Self-Expression and Leadership Program, she was determined to make a difference there. Her project became the Kposowa Foundation. Initially she wanted to help rebuild the Bumpe School that was destroyed during the civil war, but the scope of the project has continued to grow.

Ten years later, the organization she started is now called Sierra Leone Rising, and they have not only rebuilt the school, but also the library, dormitories and the dining hall. Students now have bicycles so that they can travel to school every day, as well as scholarships so that everyone who wants an education can get one.   Projects that are ongoing include connecting the school to classrooms around the world through video conferencing, bringing solar power to the Bumpe province, drilling wells to provide clean water, empowering young girls to get and complete their education, and building a computer lab where students are learning coding and other 21st century computer skills.

On November 12th, Sierra Leone Rising is looking to grow the scope of its impact and will be hosting an event in Los Angeles to support the goal of furthering education, public health and female empowerment in Bumpe. The catered event will feature a silent auction, night of West African drumming, singer Lindsey Harper, salsa dancing with DJ Ali Z, and dance performances woven together by comedian Mel Austin.