Every Moment I Will Hold You

A unique therapeutic DVD is aiding people suffering from Alzheimer's Disease and other forms of dementia. 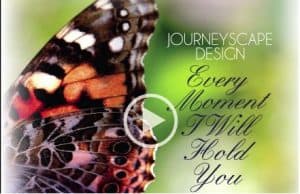 During her participation in the Landmark Self-Expression and Leadership Program in 2016, and coaching the program afterwards, Marianna Newman has created and marketed a unique therapeutic DVD titled ‘Every Moment I Will Hold You’ – a DVD designed to bring sensory enrichment and love to those suffering from Alzheimer’s Disease and other forms of dementia.

Newman has been a board certified therapeutic recreation specialist for over 32 years and has specialized in the Performing Arts. In the last five years, Marianna has concentrated her work around Alzheimer’s and dementia sufferers. She noticed how patients came in and out of the many emotions that accompany this devastating disease. Her inspiration was to touch them with love. With the help of auditory and visual enrichment, the patient’s brains would capture images that would awaken them and create a world of adventure and beauty.

Being a creative artist and an award winning photographer, she combined her knowledge as a therapist to create this new DVD, utilizing various styles of enrichment for those who experience Alzheimer’s or dementia. The project is a movie picture slide show DVD, a collection of images that will take the viewer on a beautiful journey. Images that we see and sounds that we hear create messages to our brain. When a person experiences this neurodegenerative disease, changes in the brain occur that often affect every sense. Marianna decided to create a world of adventure, beauty, color, and love for those with Alzheimer’s or dementia as a treatment and a form of radiant love.

A key inspiration for the project came when Newman and her husband met up with B. Smith in January of 2015. It was later announced that Smith had been diagnosed with early onset Alzheimer’s. Marianna realized she had to move forward. She had everything she needed to create love, hope, and an awakening for the brain. B. Smith was the role model. It is estimated that 5.5 million Americans are diagnosed with Alzheimer’s which is the most common cause of dementia and may contribute to 60–70% of cases. Sensory enrichment is a approach that reaches the senses, the environment and the brain of those who are experiencing the many changes that accompany this neurodegenerative disease.

A variety of other key supporters and donors helped make the DVD a success, including Marianna’s husband Allan, arranger and producer Gary Rizzi, flutist and composer Denise Rohde, and producers Paul Andrejack and Emi Pellegrino.

The DVD premiered on April 7th, 2016. Mrs.Newman has established a business and a website, and the mission is proceeding strongly. Marianna has written two articles that have been published about this unique DVD. They have used many forms of social media to share this amazing and hope filled project with others.  A few of the pictures from the movie have been donated to the zoo as well as a hospital.The team is currently looking for someone to produce a single that could be the Anthem for Alzheimer’s nationwide or even worldwide.

“I am forever grateful to Landmark. I live every day to share this beautiful DVD with others. This has been the most beautiful gift of love I have ever created. Landmark accepted me where I was with all my insecurities and doubts and empowered me to realize just what I was made of from the depth of love and tenderness in my heart  straight through to how strong I was mentally and physically to complete this project.”

“Landmark provided me with the cement foundation to build upon. Landmark’s programs, staff, coaching, and education allowed me to discover freedom, power, and self-acceptance in a way that has changed my life. For many amazing reasons, I will never be the same. Without this education, without being guided, and coached to understand what I was capable of achieving I would have not been able to formulate a new way of being. I learned about my internal power and my ability to create with my words and have an understanding of listening and sharing. Thank you ever so much!”

Visit the Journeyscape Design website for more information, and watch Marianna’s video below.