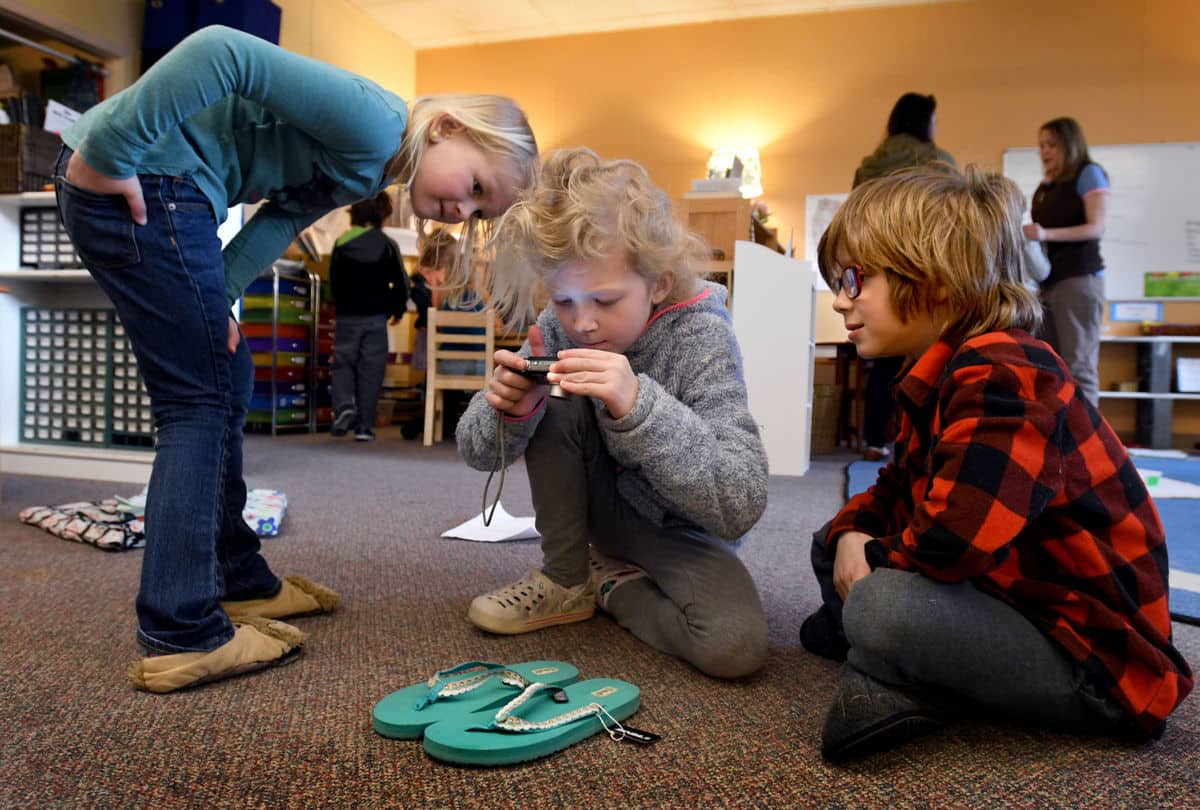 One woman has created a school program which teaches kids life lessons and allows them sell products on ebay to contribute to others. 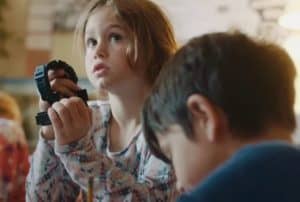 Perhaps the most celebrated elementary school students in all of Montana are those at Garden City Montessori School, where they run a thriving online business that raises money for charity. Local television stations, magazines and ebay itself have all profiled the work that these first through third graders are doing, all of which is happening because of Alison Chapman, who conceived and created the program that is making a difference in so many ways.

A dozen years ago, Chapman would have been the last person to create such a project. As she puts it, “I didn’t even like kids”.

Soon after she had two children of her own, and then she began volunteering in schools, and then began substitute teaching two years ago. She was hired to be teaching assistant for 1st through 3rd graders at Garden City last year, and she needed to create a team building exercise for them. 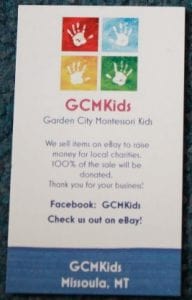 Chapman wanted to go boldly outside the box – she didn’t want to do something basic like having the children work with blocks together. Instead, she turned to her own personal interest in ebay and thought, what if they could start a whole business? This would emphasize and reinforce many of things the students were being taught, in a unique, hands on way.

Teachers, the school director and most importantly, the parents, were all very supportive. The students’ parents helped get the project off the ground by donating all kinds of things such as clothes and games in new or like new condition.

Then, every step of the selling the product and donating the proceeds to charity was designed to involve the children, giving them a say about each element of the process, all the while allowing them to learn important school and life lessons.

The students divided into groups of 2-3 to write of detail sheets on an item so be sold. This helped teach writing and vocabulary in a practical way, as well as things like brands, supply and measuring as they list out a product’s attributes.

The decision about what price to set for an item teaches things like supply and demand, gross and net profit, and other math and business concepts.

Chapman would input the writing into ebay for each item, and when something sold, she would put a pin on map to show where it went across the world. This helped teach geography, as well as about shipping costs and sales fees, not to mention generating tremendous excitement amongst the children when anything sold.

Each item also included a thank you note for the children, which further helped improve writing skills, not to mention developing gratitude and a respect for people. 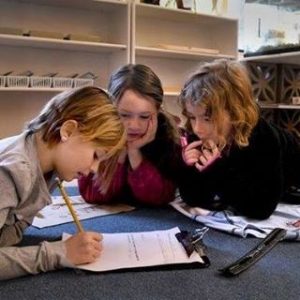 100% of the proceeds are given to a charity, which is voted on by the students each month. In this way, they have learned the importance of giving and the real difference these charities make (Chapman has plans to have the students actually visit charities that they support), as well as about poverty and wealth. One month they supported a local non-profit animal shelter, and another it was a Meals on Wheels program.

They have also learned something about marketing and interacting with others – Chapman has the students give away business cards every week about the project, and asks the students to share who they gave them away to.

The entire project is run with the students in just an hour a week. Each hour is run as an efficient business meeting, with students reviewing which items were sold, which new items needed to be listed, and who would be taking on the various tasks of researching the appropriate price, writing up the item descriptions, taking pictures of the items, etc.

The program is flourishing and growing. Chapman is working to get the program into other schools, particular those in inner cities or with special needs children, as she sees the hands on experience of the project as a particularly effective way of teaching important concepts.

Some of the students in the project have taken on starting their own personal ebay businesses with their parents.

Find out more at the GCM Kids Facebook page and in a story on ebay news.

4 thoughts on “Entrepreneur Kids Use ebay to Support Charities”