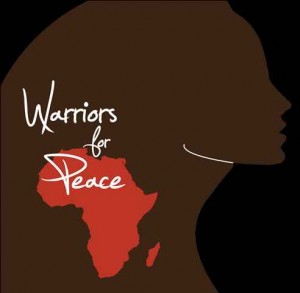 Warriors for Peace, the Rochester, New York, based group formed by Allison Osborne in her self-expression and leadership program project last year, has held its second annual “yogathon” fundraising event to benefit groups that aid women affected by rape and abuse.

The event took place on September 26 at the Physikos Movement Center in Rochester, New York, and featured five different yoga classes, as well as a raffle for massages and other wellness services. Proceeds from tickets for the classes and the raffle went to two organizations: City of Joy, an organization dedicated to aiding Congolese women affected by rape and other atrocities, and ABW (Alternatives for Battered Women), which aids women in Monroe County, New York affected by domestic violence.

The yogathon event featured classes in hip opening, back bending, yoga for beginners, group practice and ying yang with restoratives. In describing the event, one participant reported that “The experience was truly eye-opening. The energy that radiated throughout the room could not be ignored. It was a beautiful thing to see people joining together for a cause and I was reminded that humanity is still alive.”