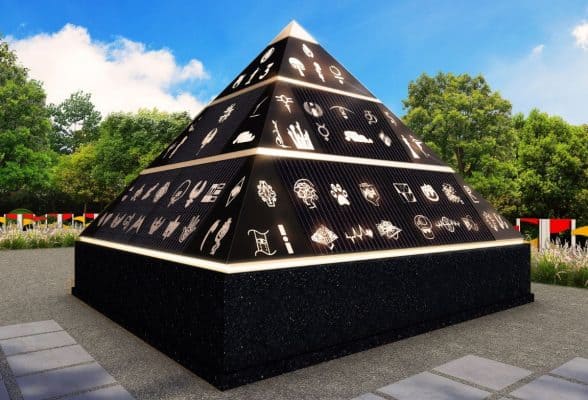 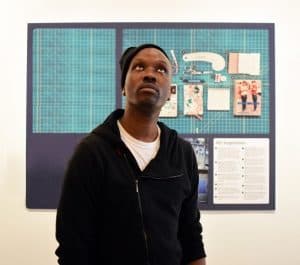 Shala Akintunde is a rising Nigerian American social impact artist and pioneer in the emerging medium of Solar Art, a discipline that merges art and solar technology. Shala has always been an artist, but what his art is for and why he does it have undergone a radical transformation as he has developed as a person and after he has participated in Landmark’s programs.

Shala began as an artist, who is his words, was “expressing myself for acceptance”. His art was a vehicle for him to be accepted and gotten by other people. He discovered in one of Landmark’s programs that his act was “Do people get me?”, and while he moved past this limited context for himself and his art, he was soon operating from an expanded but still limited question: “Are people interested?”

He became highly focused on having people be interested in his art – it ran him. A natural marketer, he focused on that instead of expressing himself. In Landmark’s Team, Management and Leadership Program, he looked at what his true purpose was, and what he discovered was that it was all about contributing to people.

“When I was contributing, I was free,” he relates. “When I wasn’t I go back to a stressful, dark place.”

One day a friend Shala suggested that he was a social impact artist, a term he was not familiar with, however, it was a term that immediately resonated with him. He got that his purpose was to contribute in a way that transcended creating a pretty pictures or being accepted. 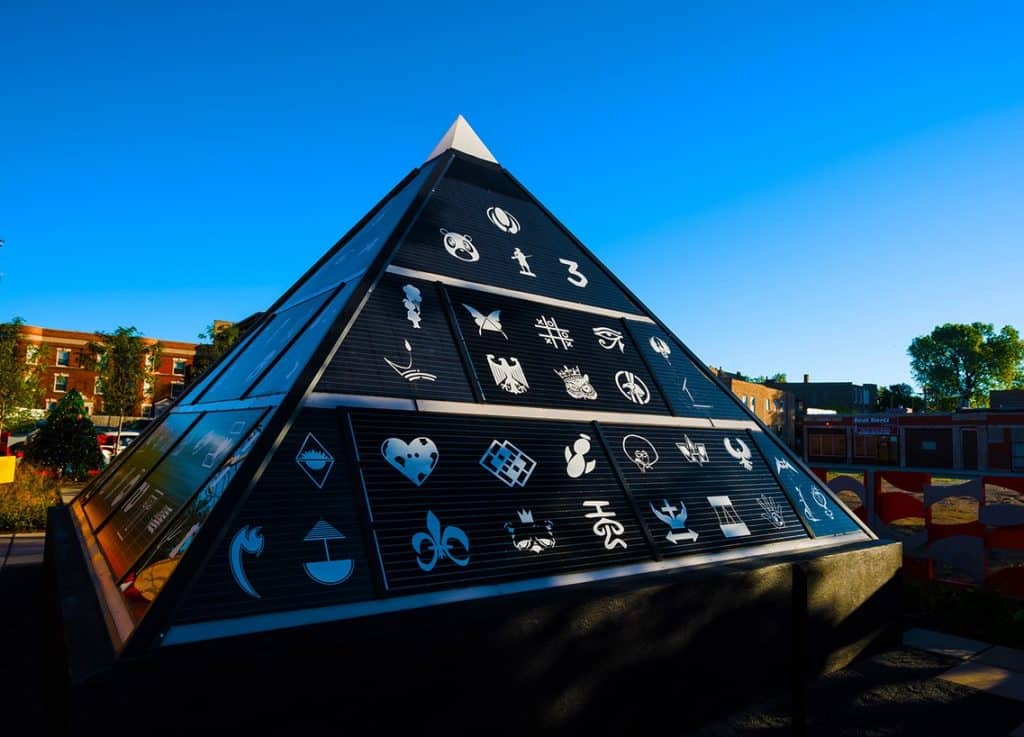 Viewing himself this way immediately impacted how Shala engaged with his art and the material he used. He realized he wanted his art to be something practical.

“It randomly hit me! i should paint solar panels!”

At first, this seemed impossible, as regular paints would, of course, cut off the sunlight needed to power the panel. Shala persevered, and he eventually found a team at M.I.T. that had developed a porous film which allowed the sun’s rays to penetrate, even with an image on it. He was off and running – he used his marketing background to sell the idea.

He went to ComEd, the largest power company in the Midwest, he knew their support would lend a huge amount of legitimacy to his project. He did a small “painted” solar panel project for Black History Month. It won an award – but he wanted to do something larger.

Comed had pledged some money for a larger piece, but he needed more. Shala, a Chicago resident, went to the top – he decided to track down Chicago’s mayor, Rahm Emmanuel, who he knew was a supporter of both solar energy and the arts. Shala went to various events which Emmanuel was at until he finally got a chance to talk to him and pitch the idea.

Emmanuel loved the project and was immediately on board. He worked to get Shala’s project the rest of the money, and the next year, he created Shala’s Bronzeville Solar Pyramid. The new Chicago Landmark is a 15 foot high pyramid covered in his unique art-rendered solar panels that looks beautiful and provides power for the art gallery that it neighbors.

His solar art has not stopped there – he is currently working on other projects, including one in Los Angeles, one in Ghana, and another for the Chicago Transit Authority. These projects demolish one of the principal objections people have to solar panels: that they are too ugly. In being a catalyst for progressive thought and action, Shala says he is “breaking down the argument between who is right and who is wrong, and finding ways for sustainable economic development.” 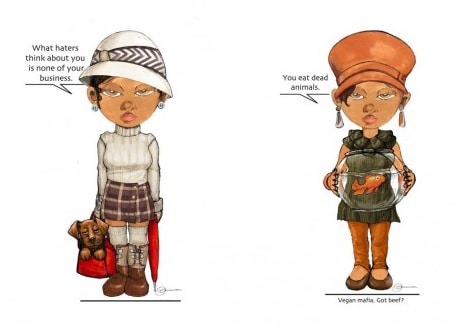 At the same time, Shala has other projects that express his commitment to making a difference. Shala’s Seven Spoon is a portrait series featuring an irreverent teenage girl and her provocative social commentary.

He is also working on Shala’s Pink House – a multi-level event space to generate revenue to support cancer prevention and alternative treatments. He began this initiative after three of his favorite powerful women in his life got cancer.

With a focus on contribution instead of acceptance, Shala has ironically begun to attract significant acclaim for his work. He won Artist of the Year at the African American Arts Alliance Awards and Creative Person of the Year at the 2018 African Diaspora Awards held in New York City. He is currently a national spokesperson for Nissan’s high tech approach and new line of tech-savvy vehicles called the Nissan Kicks (here is a Nissan ad featuring Shala and his art).

Shala sees the opportunities his example can set in today’s world:

“In this new connected age we, as creatives, must be encouraged, celebrated and inspired. As a social impact artist, I am committed to amplifying and re-distributing any support I receive for my art. This is evident in my medium of solar art, where I create working solar murals and sculptures that supply energy. Again, everyone is creative. Artists are only distinct because we are here to galvanize a movement. We deserve overwhelming support and resources simply because when creativity is fostered; humanity thrives.”

Shala says he “created what is happening now” in a self development class at Landmark in 2011.

“I just declared it and from that point on I gave myself permission to be great…I have definitely had challenges, but I no longer keep track of regrets. I let the past stay in the past. It’s become too hard to bring with me.”