Ellen Snortland, playwright, performer and long-time graduate of the Landmark Forum, wrote a Pulitzer Prize nominated solo show which has now been invited to the acclaimed International Fringe Festival in Edinburgh, Scotland. Her play, “Now That She’s Gone,” is what she calls a “human rights love-letter to my mother.”

Prevalent in her prose is the transformation she experienced in Landmark Education programs. She says, “‘Now That She’s Gone’ is an artistic child of the Wisdom Course, since it’s really my Wisdom Course homework set to music and delivered with jokes.” She notes that at least a dozen people she knows took part in the Landmark Forum after seeing her show.

Interwoven throughout “Now That She’s Gone” are the 30 Articles of the Universal Declaration of Human Rights (UDHR). During her Self-Expression and Leadership program, Ms. Snortland made it her project to incorporate the UDHR into artistic endevours, one of which became her play.

“My mother shared the 30 articles of the UDHR with me when I was 10. I thought everyone knew what they are, but I was mistaken. People say ‘human rights’ and don’t know about the UDHR. So I set out to educate audiences while entertaining them,” Snortland says.

“Now That She’s Gone” has a very broad sweep and scope. Set against the backdrop of history since the turn of the 20th century, Ellen captures the stories of her mother’s and her own life, which initially appear as complete opposites.

“My mother could never have predicted my life, and barely understood it, yet she completely was a stand for how I turned out. She was born in a sod and log cabin; nonetheless, she raised me to be mindful and to stand for larger ideas than my own small life. She really wanted me to be as much like Eleanor Roosevelt as possible. While it’s true that I’m not a Roosevelt,” Snortland jokes, “with a last name like mine I better be good!”

The Edinburgh Fringe Festival is the most highly regarded of all theater festivals and a perfect place to share what Snortland calls “enroll-tainment,” a combination of entertainment and enrolling the audience into action on those things that matter to them. Ellen and her husband, Ken Gruberman, are volunteering their time and raising enough money to cover venue, promotion,and other expenses.

Gruberman, a six-time Grammy winner, is the sound designer and production coordinator for “Now That She’s Gone.” He says, “I figured, if I can successfully work with Ray Charles on his last album “Genius Loves Company,” or with John Williams on “Amistad,” I had a fair shot at doing well on Ellen’s play.” He also is fond of saying, “I liked Ellen’s play so much I married her!” He continues, “The 2nd date I ever had with Ellen, I saw her show. It’s kind of like, you either fall in love with her or run screaming from her, she’s so fully self-expressed. Fortunately I experienced the former.”

Shows are taking place August 5th through 29th at The Baillie Theater inside The Assembly Rooms, 54 George Street, Edinburgh, Scotland EH2 2LR. Find more information at the Fringe Festival Event Page, find out more about Ellen or Ken at Ellen’s website, or contribute to the project at the NTSG Kickstarter page. Snortland can be contacted at [email protected]

One thought on “Now That She’s Gone Goes to Scotland”

One woman created an art night for those in a recovery house.

Paws for a Cause has made an unexpected difference – for pets, artists, and the project creator himself. 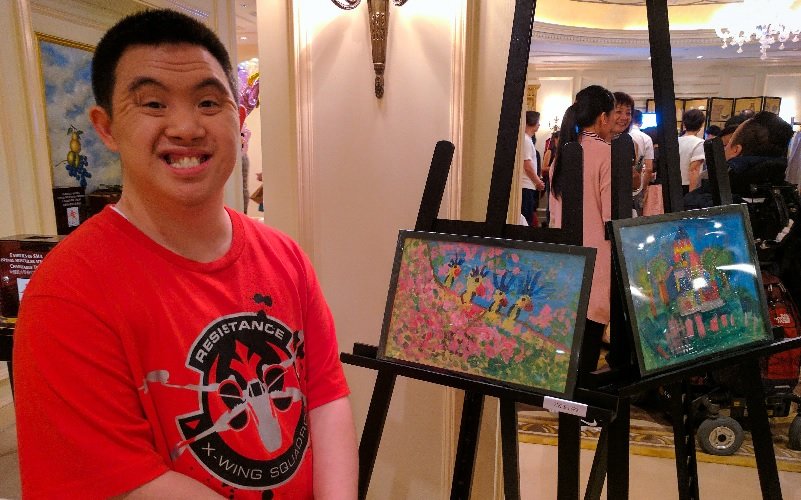 A new foundation is launching a monthly event to empower special needs artists from New York.