Honoring and Celebrating the Life of Jinendra Jain 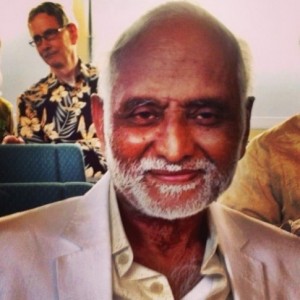 In leading The Landmark Forum and living a life of making a difference, Jinendra Jain touched the lives of hundreds of thousands of people. The Staff and graduates of Landmark invite you to share and participate in the celebration of Landmark Forum Leader Emeritus Jinendra Jain and his life. Jinendra passed away on May 24, after being diagnosed with cancer two years ago.

Few people ever get to live the kind of life Jinendra led. Entirely dedicated to service, Jinendra was both an est trainer and later a Landmark Forum Leader in a career in transformation that spanned four decades. A former monk and English professor, he was born in India and first came the United States in 1974 where he participated in the est training. He went on staff for est in 1978. His first job was to bring the est training to India, where he successfully navigated the many challenges of bringing the program to a country for the first time. Later he was trained to lead seminars, the Communication Workshop, the est training and the 6 Day program. He and his wife Katherine were married for nearly 40 years and raised four very successful children. He was known for his humor, gentle manner and deep love for people.

He had an uncommon ability to get people to the heart of what was important to them. Upon receiving his brain cancer diagnosis he chose to create a celebration of his life while he was still alive. In May of 2013, hundreds of family and friends gathered in Marin County, California, to commemorate his unique life and its enormous contribution.

Jinendra’s Facebook page has been flooded with messages of appreciation and support for his family. His contribution lives on through the thousands and thousands of people he touched and he will be deeply missed.

40 thoughts on “Honoring and Celebrating the Life of Jinendra Jain”