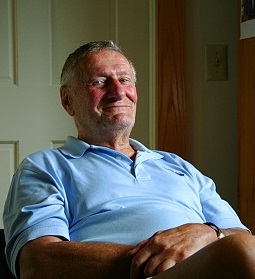 Marty Leaf, Landmark's senior outside counsel and major advisor, passed away at the age of 83, leaving a legacy of contribution and accomplishment. On May 23, 2015, the Landmark community lost one of its biggest champions with the passing of prominent New York attorney Martin “Marty” Leaf, who died peacefully and surrounded by loved ones in Manhattan after a long illness. He was 83. While most Landmark graduates will not be familiar with his name, let alone the magnitude of his contribution, Leaf served since Landmark’s inception as the company’s senior outside counsel and major advisor, over the years working tirelessly behind the scenes to support having Landmark known accurately, appropriately and powerfully in the world.

A graduate of the est Training as well as The Landmark Forum, Marty also led seminars for many years and throughout his life was someone who wanted nothing more than to be a contribution. Known for his irrepressible sense of humor and love of people as well as his legal insight and mastery, he will be sorely missed and never forgotten by those who were privileged to know him.

In addition to Leaf’s enormous, lasting contributions to Landmark, he leaves behind a formidable list of accomplishments both in and outside the legal domain. A practicing attorney in New York since 1958, Leaf created successful joint ventures and business relationships among major companies throughout the world. In his theatrical practice, he represented several entertainment figures, including the actors Raul Julia, Anthony Zerbe, and the singer John Denver.

Along with his interest in humanitarian projects, he worked with The Hunger Project, an international charity, to eliminate hunger across the globe, and as a delegate for five years to the NGO (non-governmental organization) branch of the United Nations submitted a white paper on world hunger.  Leaf also represented the 14th Dalai Lama, served as a Goodwill Ambassador to Denmark during the Carter administration, and served on the boards of numerous companies and nonprofit organizations.

Read more about Marty’s life, commitments and accomplishments in his obituary in The New York Times.

1 thought on “Marty Leaf: Landmark’s Senior Outside Counsel and Advisor”