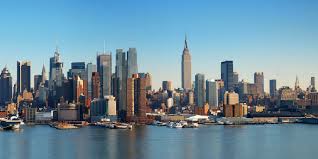 A Landmark graduate experiences New York at many different levels.

Chris Tham is a graduate medical student from Melbourne Australia who travelled to New York and visited with policy makers from the United Nations as a result of his project in Landmark’s Self-Expression and Leadership Program. The trip was covered in The Morwell and Churchill Advertiser. Not many 23-year olds can say they’ve travelled the world to meet with world-class leaders.

But first-year graduate medical student Chris Tham, who studies at Churchill’s medical school, is an exception.

The aspiring doctor has just returned from an eight-day internship program in New York, where he met with United Nations policy makers and dined with advertising executives.

“What I took out of this whole trip were two things: one was utilising both private and public funding to achieve goals, without compromising on ethics,” Mr. Tham said.

“And then within the medical field, communication – talking to people, listening to them and being able to learn from anyone you come into contact with.”

He initially applied for Monash University’s Global Discovery Program to “develop as a leader”, but the highlight of his trip came from a city taxi driver.

After leaving his phone behind a cab, Mr. Tham used a friend’s phone to track his own down and hailed another cab to chase it.

He explained his situation to the new driver, who proceeded to drive around for 20 minutes without charge and used his own money to pay for a ‘finding fee’.

“I thought about tipping him when he drove me back to my hotel, but he said, ‘Don’t worry about it. Allah will look after me’,” Mr. Tham said.

“He specifically asked for no money, saying, ‘I’m a good Muslim, Allah will look after me’.”

It was this act of kindness which reminded Mr. Tham life lessons could come from all walks of life, including break dancers on the street.

“It was really interesting to see how different parts of society work to survive,” he said.

“What I took out of it (the trip) is there are different ways to do things – it is about listening to people and creating a better solution not one person can come up with by themselves.”

Mr. Tham was selected out of more than 400 entrants to be part of the inaugural tour – a United States Monash Alumni initiative.

He is now back in Churchill continuing his studies, and has a lesson of cultural diversity he’ll take with him throughout his career.

“Even though I met with some of the most powerful people in New York, I always bring back the highlight of my trip to meeting that taxi driver,” Mr. Tham said.

“A small act of kindness goes a long way regardless of what you do or who you are.”

1 thought on “Welcome to New York”