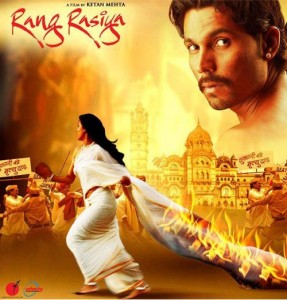 The second annual Chicago South Asian Film Festival is set to start on Friday, September 30, with the opening night featuring a showing of Rang Rasiya, a movie based on the life of a prominent 19th century Indian artist. The festival was originally created last year as Amit Rana’s project in Landmark Education’s Self-Expression and Leadership Program (see Landmark Education News‘ initial story about the first festival).

Rang Rasiya plays at 7pm on the opening night, and is followed by a question-and-answer session with key actors from the film. Opening night of the festival is taking place at the Chicago Cultural Center, on 77 E. Randolph St., with red carpet ceremonies beginning at 5:30pm. The festival runs through Sunday, October 2. For more information or to by tickets, visit the CSAFF.