Bras for the Underprivileged

Oz du Soleil’s invented a unique project in his SELP program, which has received attention from The Chicago Tribune. Du Soleil collects bras which he donates to underprivileged girls and women. He says he has collected more than 3,000 bras at this point in time. How du Soleil chose this particular project to undertake in the Landmark Education program was the subject of the following profile article in the Tribune.

Thousands of bras collected for needy

Stacks of bras in brown cardboard boxes fill Oz du Soleil’s home in Chicago’s Kilbourn Park neighborhood. Red bras. Polka-dotted pink and brown ones, white lace and sheer black bras. Hundreds of them sorted size AA to DD, with an H or even a J thrown in the mix.

When asked why, du Soleil, 44, always has his elevator pitch prepared.

“I collect new and slightly used bras for underprivileged, lower-income girls and women,” he tells them. “Usually they ask if I’m serious, and then I just tell them I’ve sent more than 1,400 bras around the world. I am careful about it since people do look at you like you’re some weirdo.”

Du Soleil collects the bras through his blog, support1000.blogspot.com, which in April surpassed its goal of collecting 1,000 bras to donate. He’s now at 3,000-plus and counting.

At $15 to $40, an inexpensive bra is not the type of thing most people think about donating. But many women who show up at shelters or are homeless don’t have a bra, and many girls are embarrassed to go to school without one, say advocates.

Paula Gomez, a domestic violence advocate for the Chicago Department of Family and Support Services, responded to an ad that du Soleil posted on Craigslist for free bras, which she says are the least donated item. “If you can’t afford to pay the rent, you’re not going to buy a bra,” Gomez said.

“I had girls crying,” Slowe said. “Things that are so small that we take for granted are so important to young girls.”

To read the rest of the article about du Soleil’s project, visit The Chicago Tribune website. To donate bras or to receive bras for your organization, contact [email protected]

4 thoughts on “Bras for the Underprivileged” 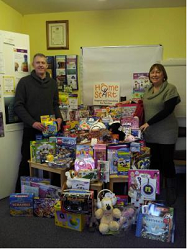 UK commuters received the opportunity to give toys to kids as part of ‘Alban Play Station’, a project created by Andy West while taking part in Landmark Education’s SELP. 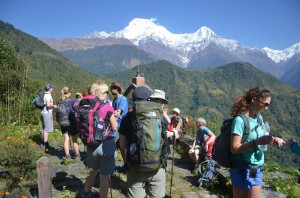