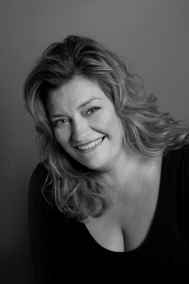 Anne Marie Schlekeway, a former Landmark Education staff member who has inspired those who knew her for her ability to make a difference while dealing with a terminal disease, has died of ALS at the age of 44. Anne Marie Schlekeway, the former Landmark Education staff member from Chicago who had been afflicted with ALS (Lou Gherig’s Disease) since 2004, and who was previously featured in Landmark Education News in September, died last Thursday at her parent’s home in Minooka, Illinois at the age of 44.

Schlekeway’s death was reported in a feature article in The Chicago Tribune, which acknowledged Schlekeway for her prominent blog, kissmyals.com, and her ‘speechless speech’ presentations which inspired audiences even after she lost the power to use her voice. The story noted Schlekeway’s honesty and ability to inspire others while dealing with a terminal disease.

In describing Schlekeway, Tribune writer Dawn Turner Trice summarizes her attitude as “Give of yourself”, “Be grateful” and “Live life to its fullest”. Schlekeway used the last years of her life to raise money for ALS research, change how corporate America saw the health and fulfillment of employees, share her own personal journey and how she dealt with ALS, and inspire people to life fully in the time they have available to them. Read the Chicago Tribune article and Landmark Education News’ previous feature on Anne Marie Schlekeway.