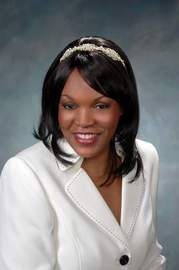 The story of Zindaba Nyirenda and her efforts to reduce poverty in Africa have been featured in the Daily Herald newspaper of suburban Chicago. Nyirenda credits The Landmark Forum with giving her a voice – for having her realize she could make a real and lasting difference in the world.

Nyirenda grew up a princess in Zambia, and experienced a sheltered and affluent upbringing. As she grew older, she saw the problems her country was having with poverty, disease and a lack of clean water. She has written a book titled “Ta-Lakata: The Tears of Africa” in which she hopes to make suburbanites more aware of these issues. The book also tells of what it took for Nyirenda to deal with family losses which were tied to issues that affect much of Africa – her father and a sister died of AIDS, while her mother died from drinking contaminated water.

Nyirenda also sees global connectedness as a key to making a difference. When she took part in Landmark’s Self-Expression and Leadership Program, she created a project to link sister schools in the United States and Africa through distance learning. She founded Light on the Hill for Africa, a nonprofit that supports leaders of African villages.