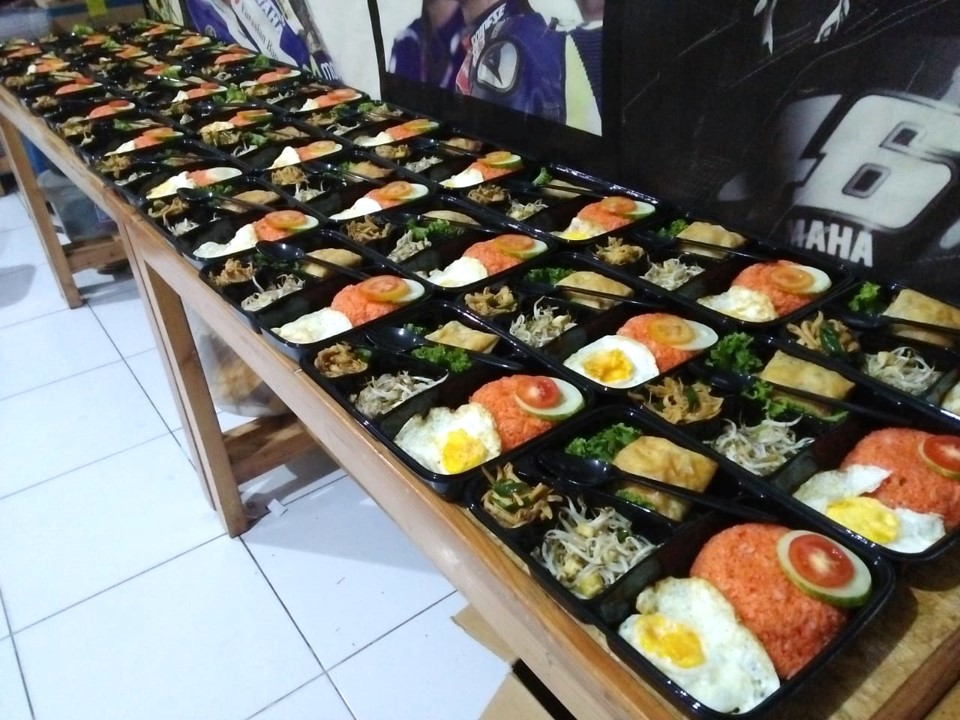 “My motto in life is ‘If you think it, you can do it,’ and if we all apply that thought, we can end hunger the world over.” – Dionne Warwick, former United Nations Global Ambassador for the Food and Agriculture Organization

Envisioning a project from half a world away

“Do you want the long story or the short story?”

That’s how the conversation began with Stan Tsvetkov, a California-based Landmark graduate whose current Self-Expression and Leadership Program project in Indonesia was recently brought to the attention of Landmark Forum News. Stan’s project involves providing lunches to children in and around Jakarta, Indonesia, who would otherwise go hungry. Here’s how it began:

“I have a friend in Indonesia, and we’ve been friends for a few years even though I never saw her in person. We play computer games together. And I trust her and she trusts me, and we’ve come to be very good friends. And one day she told me she has troubles with money and her child would not be able to go to school. Education in Indonesia is free, but there are rules, and the only school she could go to was very far away. And so they were in trouble, and I was at the time just in the Advanced Course, and I told her basically to relax and we would figure something out.”

As Stan worked to help his friend, Ulan, and her family find an education solution from half a world away, he realized that this issue wasn’t unique to her. “And since I did The Landmark Forum and Advanced Course, I figured, ‘I can start a project, and we can help kids who are in the same situation to get an education. It’s a pretty common case, especially in Indonesia… I got into SELP because of this project, because I was told it will help me to do this project, and basically that’s what it’s all about.”

Commitment to possibility in the face of breakdowns

Stan knew he wanted to help children in Jakarta have improved access to education, but things quickly grew more complicated:

“Unfortunately, when I started doing this, the project wasn’t going well because it wasn’t easy to find kids, and also it’s not easy to explain to people why we are doing this. On top of which, my friend in Indonesia told me she cannot help me anymore because she had lost her job, she had lost her business. And that was it.”

So where does that leave someone who is committed to a big possibility for the world? “I was kind of having breakdowns, but I kept talking to my friends, and finally I found the solution. Which really worked out very well, because I just hired her!” Breakdown, meet breakthrough.

What’s getting in the way?

Part of the group’s struggle was trying to identify children with educational needs when those needs couldn’t be easily identified due to a much more acute problem – food scarcity. One example Stan shared is siblings Tasya and Nindi, two young children whose story is sadly not uncommon for the area:

“They are sisters, and they still have two more younger siblings at home. Their mom got very bad tuberculosis, and their dad died not too long ago. Now they all stay in their Grandma’s house so their Grandma can take care of their mother…This family cannot survive with the help of their Grandma and the neighbors around them.”

So – how do you improve the educational lives of children like these when their families are focused on much more immediate concerns? Stan realized he would have to transform his way of thinking if he wanted to help transform reality. And once he realized that, he did. “So I hired Ulan–she is an excellent cook, and her husband is an excellent cook, so I hired them both. And she promised to work for me for at least three months, and we are giving out lunches for free. So that’s it, basically. That’s how it started.”

Stan’s boxed lunch program currently runs three days a week, providing 40 lunches a day to area children. Since October, fundraising efforts have raised more than $2,000, and Stan is beginning to have companies express interest in joining the project, as well. “To be honest, I don’t even know how many people we’ve involved.”

This project requires faith and accountability on both sides. Stan is raising money for a group across the world and trusting that they will use it to feed children, while Ulan and Handy are buying supplies and spending significant time preparing and distributing meals with the trust that funds will continue to arrive. “The key for this project is trust.”

While Ulan and Handy still coordinate the operation, it has become a community affair, with an assortment of volunteers joining in on any given day. They go different places different days–homes, orphanages, urban areas–providing meals to children in need in as many areas as they can. “Different people are helping them, different people every time… And basically, I’m just a meddler,” Stan relates with a laugh. “I didn’t tell them what to do or how; they’re just doing it.”

Helping a friend, helping oneself

“I started Landmark just this summer. I took the Forum, the Advanced course… Before starting Landmark, I was thinking about my life. You know, I’m Russian. And Russians have three things we’re supposed to do: Build a house, plant a tree, father a son…and now I’m recreating this idea and transforming what I had failed to do my entire life.”

And as Stan has taken steps towards creating a possibility for his friend and her world, he is seeing his own world shift, as well. “My communication skills weren’t really very good. For instance, I never really did any public speaking. And now, I’m doing it!” For someone who was self-professed ‘very shy’ a few years ago, Stan says, “I’ve become a really open person; I can tell people anything about myself now.”

Stan’s ultimate goal for his project is to create a self-sustaining program that will allow the team to provide lunches for children throughout the work week. “I started a 3-month project, but it looks like it’s really needed… It just came out of the blue. I didn’t expect any of that to happen.”

More information about this project is available online.

If you’re inspired by what Stan and Ulan are up to in Indonesia, and you’d like to know more or get involved, Stan would love to talk with you! You can reach him by email at stanislavt(at)hotmail.com

3 thoughts on “Stan Tsvetkov: Helping a Friend, Helping the World”