A longtime Landmark leader and staff member made a difference for tens of thousands of people across the world. 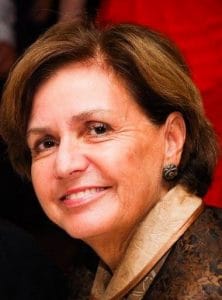 Those who knew Sandy saw a gentle warrior filled with love and generosity. Her life was in service of people, and she unceasingly empowered others to make a difference as well. A Pittsburgh newspaper quoted her as telling people to “Choose a problem that’s worth your time. World hunger is worth your time. Making a million dollars isn’t.”

Sandy designated two charities she wanted to support via a Memorial fund:

The LUNGevity Foundation, supporting research into Lung Cancer, and The Unstoppable Foundation, which supports education in the developing world.

17 thoughts on “Sandy Bernasek Dies, Led The Landmark Forum for More Than 20 Years”