Harvey Silverman retired from teaching in 1995.
Sort of.
Like many retirees, the former educator, who taught fourth and sixth grades in the New York City school system, stays busy giving of his time and talents. An occasional substitute teacher at Franklin High School in Somerset, he is currently helping immigrants learn to speak English.
“I got involved with Landmark Education, a self-expression leadership program, in June. Everybody had to develop a nonprofit program –a niche situation — and I decided to help immigrants learn English,” said Silverman, of Somerset.
“The course, which I took in South Plainfield, ran from June to October. I developed my project during the third week of the class, named it Speakeasy, and came up with a plan to offer the training to people during their lunch hour because I discovered that a lot of them don’t have time to go to a school or to attend a formal literacy program,” he added.
Silverman began by teaching Graciella Rosales, a Peruvian woman who was living and working in New Jersey.
“My wife and I live in a complex that has condos and private houses, and Graciella cleaned the condos. She’s from Peru and was living with a son in Hillsborough at the time. When she came here, I noticed she didn’t speak much English. I speak some Spanish, so I asked her if she’d like help learning English and she said yes,” he said.
After a trip to his local library to obtain books on how to speak English and purchasing a book titled “English in Ten Minutes a Day,” Silverman began tutoring her a half hour a day, five days a week, for several months.
“I started by helping her learn the names of everything she worked with — a broom, a mop, the vacuum, etc., and expanded from there. Graciella has gone back to Peru until April and has taken the book with her in order to teach her family there,” Silverman said.
He also began placing flyers about the Speakeasy project in town and in neighboring communities.
“I’ve started getting calls from people interested in learning English and people in my complex and elsewhere who wanted to volunteer their time to teach. I also visited the Stein Assisted Living Residence in Somerset and talked to Susan Kalatan there about having some of the residents volunteer to teach people interested in learning. As it turned out, some of the employees wanted help,” he said.
The in-house literacy program at the assisted living residence began on Oct. 4. The residents and staff work together once a week whenever time permits.
“This is a great opportunity for the residents because they have a wealth of knowledge they’re willing to share and it helps their quality of life. It’s also a great thing for the staff who are being helped — African aides and Hispanic kitchen staff and housekeeping workers who are now able to set aside a few minutes during their break once a week to learn. Of course, it varies — sometimes it’s five or 10 people, sometimes more depending on whether they can set aside time. But whatever we can do to help it’s worth it,” said Kalatan, activities director of the facility.
“It’s starting small and is a work in progress but I want the community to have this, so I’m hopeful it will continue to grow,” Silverman said.
Interested persons can reach him at [email protected] or (732) 873-3209. Information on Landmark Education can be obtained at www.landmarkeducation.com 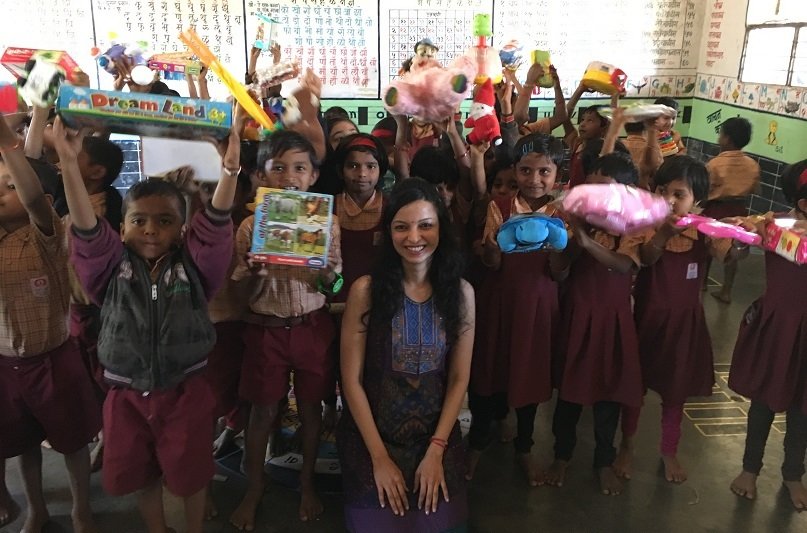 Vasundhara Talware created a foundation to empower schools so as to dramatically improve the education of underprivileged students.

A home for teen mothers faced thousands of dollars in repair expenses. One Landmark graduate took on making a difference everywhere he could.

Turning a Personal Tragedy into a Journey of Discovery

A Landmark seminar leader has written a new book on her mother’s death from ovarian cancer, and the personal transformation that emerged out of it.