A new project is attempting to remove the stigma attached to mental health in India. 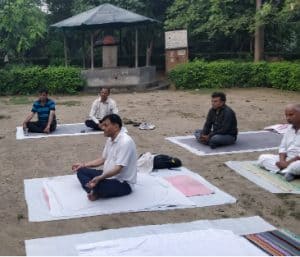 ‘Peaceful Minds 100 : Ensuring 100% Happiness’ is a project for people to seize an opportunity and bring happiness into their lives as well as the lives of their loved ones. The intention of the project is to create awareness regarding mental health, thereby removing the stigma and the taboo attached to the world of mental illness.

This project started on 29 July 2018 as part of Priyanka Kathuria’s Self-Expression and Leadership Program. Being a mental health practitioner herself, Priyanka Kathuria (counselor, mental health guide, special educator, and healer), believes that, owing to the stigma and lack of awareness, people do not actually seek for the help they deserve. This is largely what inspired her to create this project. The target community to start off was her friends, family, and neighborhood.

Many challenges came up whilst creating this intensive care project. In particular, Priyanka realised that since there is a lot of stigma attached to it, people consider mental illness a taboo and categorise only people with extreme behaviour as being mentally ill. People were often not willing to accept that mental illness is so common, and can have a profound impact in their lives as well as lives of people around them. Owing to this status, people frequently were not interested in being educated – they completely denied the issue and believed it will resolve on its own with time. 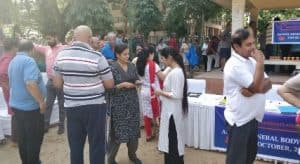 After these initial struggles, Priyanka has made some major accomplishments whereby, to start of with, she created a website www.peacefulminds100.in which provides people an avenue to seek any kind of information, get details about this project, and take a peek into the world of mental health.

A highly responsive email address [email protected] currently provides a channel for people to openly ask regarding an issue/concern/challenge they are facing without holding any reservations, as they promise 100% confidentiality.

Peaceful minds is also highly active on all social media platforms for people to easily access all the information and share their experiences/feedback/opinions on the same. Also a contact number ,+91 8219549569, is available 24 hours for one-to-one addressal of problems for people suffering from mental health issues. Moreover, 14 events, public talks, and webinars have been held so far, involving direct communication of approximately more than a thousand people.

It is intended that the project continues to grow and spreads by reaching out to more people to help create awareness, hence, removing the stigma and taboo attached to it. Priyanka is striving to make Peaceful Minds 100 help people not only in Delhi, but also many locations across India.

Landmark truly has contributed into shaping the project and without applying the distinctions of Landmark, Priyanka believes her project would have still been a far off dream. The Self-Expression and Leadership Program helped her put everything into a structure and to actually act on it in the “now”. “Thank you Landmark, my SELP leader – Pushpinder Singh, my coach – Ramit Chitkara, and all the other coaches and head coaches who have guided me throughout, and all my fellow participants to have inspired me in this journey.” says Priyanka.