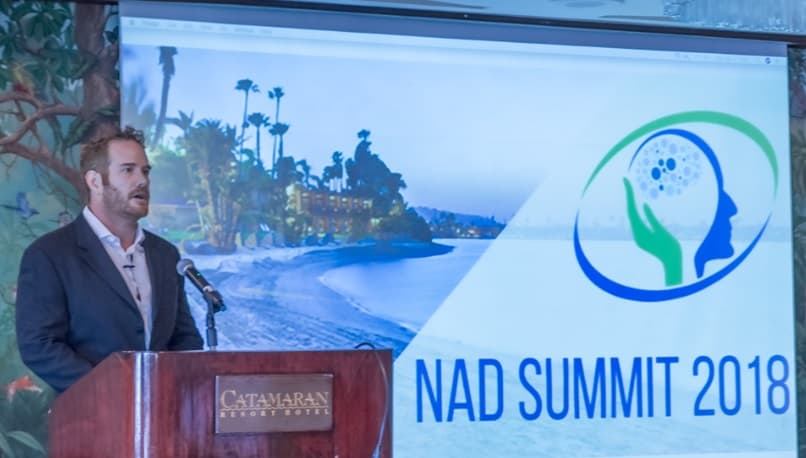 Thomas Ingoglia’s project in Landmark’s Self-Expression and Leadership Program is about promoting a single medical therapy but also promoting therapies of similar nature. Nicotinamide Adenine Dinucleotide, or NAD IV therapy is, in Ingoglia’s view, probably the most effective therapy and most important molecule in life itself and in the human body, second to oxygen. It literally creates Adenosine triphosphate (ATP) and binds molecules together.

NAD levels decline with age, and low NAD levels across species are one of the principle causes of aging. The first phase of his project was holding a conference with top doctors and scientists, which has already transpired. The second part of his project is to begin clinical trials to show that NAD reverses the aging process and helps treat drug addiction.

The inspiration behind this was a strong personal experience. It started in 2013, when Thomas was a drug addict. He spent about 7 years of his life searching for a cure for the illness. There was one of three clinics in the U.S. that were doing NAD IV and he went and got the therapy. It allowed him to come off opiates and helped release him from the addiction, chronic fatigue, chronic pain, as well as brain fog. It was on the seventh day that Thomas felt awake for the first time in many years.

“To feel more conscious is an amazing feeling. It’s exhilarating and I’d never see it any other way. Alongside The Landmark Forum it was the most important thing I’ve done in my life,” he says.

Later he set out to get this therapy out to people. In December of 2013, he read David Sinclair’s article in the journal Cell, wherein David boldly said he reversed aging in mice as a precursor. That’s when Thomas knew that NAD was something special.

Thomas has a NAD clinic as well as a nonprofit. It’s been really challenging, so he decided to take the Self-Expression and Leadership Program in order to ensure that the project was a success. 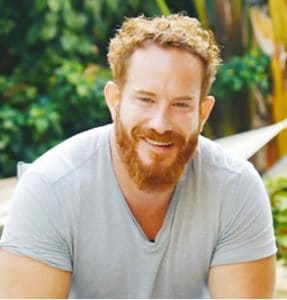 “It’s always a challenge finding people who will work with you. They may be great people but they can’t work in your team. You can’t simply find a leader, you have to find a leader that’s willing to work with you,” said Thomas. He managed to create a team of doctors and scientists, interns, students and even some patients as participants in this project

They have now had a successful conference with 160 attendees from 10 countries. An Academy Award winning videographer came to document the experience. The team has created relationships with the number one scientists in the NAD field. From what they’ve being told, they may have some of the most sophisticated biomarker testing equipment for age reversal.

When asked about Landmark, Thomas said “I first was exposed to Landmark in college while studying accounting because my father told me it was the thing to do. I was a slow to learn student and was advised to live a very conservative lifestyle by my father. After Landmark, the world opened up to me and I no longer cared about what others thought about me and I started to enjoy a life on my terms. That took me to Estonia as a college teacher, and I’ve lived in several different countries. I became a financial trader. I built a house and a waterfall pool in Costa Rica, I lived in Medellin, Colombia and Thailand. I helped produce an award winning documentary and I attribute it all to Landmark.”