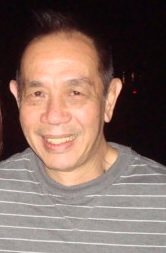 Longtime Landmark staff member Han Dana passed away suddenly in late June from natural causes. Han worked as the webmaster and social media manager for Landmark’s Asian operations. Born in Indonesia, Han lived many places in the world before settling in South Carolina in the United States. Outside of work, he was passionate about cars and could frequently be found driving in the Blue Ridge Mountains or at one of his favorite automobile rallies.

Han was considered visionary by those who worked with him. Long before the advent of social media, he had a commitment to keeping Landmark graduate communities around the world connected and informed.  Before ever coming on staff with Landmark he created the well-known “I love Possibility” websites. As a staff member he developed and managed the official Landmark websites covering more than eight languages and ten countries in Asia.

He was a passionate about making a difference and training and developing people.  He was a tireless stand for the work of transformation and the difference it makes in the world and he deeply loved the graduate community.

He will be greatly missed.