Free Your Future Reaches out to Lavender Hill Youth 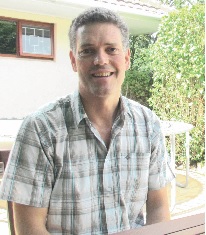 One Cape Town man is creating programs to help at risk youth in nearby Lavender Hill.

The following story was sent to Landmark Education News, and appeared in its entirety in the Constantiaberg Bulletin of Cape Town, South Africa. Excerpts appear below.

Making a difference for youth at risk Have you ever wanted to make a difference, but you allow things to get in the way? Bergvliet resident Abrie de Villiers knows the feeling, but now he is determined to put hopes into action.

Mr De Villiers is in the Self-Expression and Leadership Programme, offered by Landmark Education.

“The programme is all about developing one’s self-expression and leadership while doing a community a community project aimed at making a difference in a community I wouldn’t normally interact with,” said Mr De Villiers.

Having been to the area a few years ago, he realised it was not the right time. More recently, he drove there and noticed many youth standing around.

“They’ve decided they aren’t worth anything, drop out of school and are at risk of being targeted by gangs or to use drugs. This could lead to crime to support their drug habit. If nothing is done, it will continue,” said Mr De Villiers.

His plan is to have the children hear from people who have been in a similar position and who have become successful , especially people who have lived in Lavender Hill, so they can share how they did it and inspire the youth to do the same.

He is looking for people to show the youth a trade or career and mentor them.

The project, called “Free your Future”, will comprise two two-hour sessions on Saturdays March 9 and 23.

“People will come and share with the kids who they could become and what could be possible for them. The volunteers can do demonstrations of their trades, services or profession,” said Mr De Villiers.

Mr De Villiers admitted that when he first went into Lavender Hill he was terrified.

“I’d heard stories of gang shootings, drugs and robbery. I also didn’t think that people would want to assist me in the project. Everyone is busy. Instead, I was surprised to find how keen they are to help.

“I see this as an opportunity for them to be part of the team and be a contribution to others, to see themselves as someone who is making a difference.”

“It’s also an opportunity to go into an area they wouldn’t normally see. There are a lot of positive things going on there. I was blown away to see how organized people are in the blocks of flats with committees and portfolios of sport, development and so on,” he said.

The next step is to hand over the project to someone in the community, but Mr De Villiers is already one step ahead. Last week, while waiting for a meeting to start, he was approached by an ex-gangster who has turned his life around.

He said he could see leadership qualities in the man and, through his business and personal network, he hopes to see him take the programme forward.

Mr De Villiers will also hold a meeting on Saturday April 6 to share and celebrate the results of the project.

If you would like to participate in Free your Future you can email Abrie de Villiers at [email protected] or call on 083 680 1040.