Creating The Landmark Forum in Dubai (Part 1 of 2) 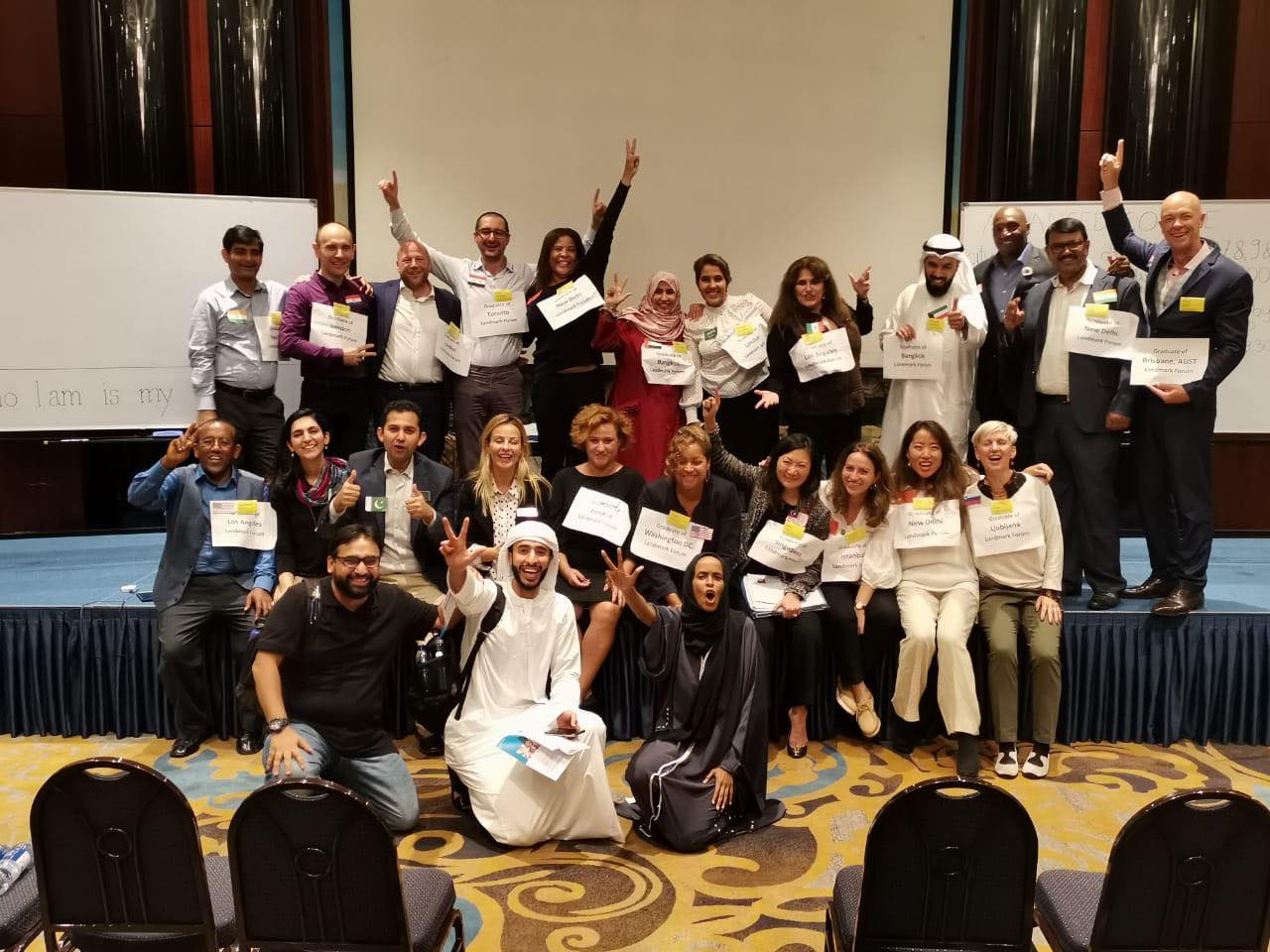 On Thursday, October 24, 2019, something extraordinary happened – The Landmark Forum came to Dubai. Religions, nationalities, genders, and ages mixed in remarkable ways as people came together for a transformative weekend experience. And it all occurred because Landmark graduates took a stand for the possibility of having The Landmark Forum in Dubai and kept enrolling others until that possibility became reality… 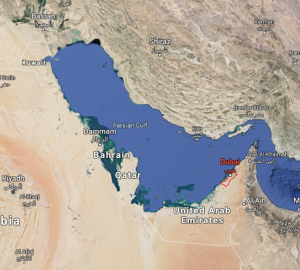 Both the capital and most-populated city of the United Arab Emirates (UAE), Dubai sits on the coast of the Persian Gulf, and it has a richly multicultural citizenship: “Dubai is a very diverse country – the city of Dubai is 80% expats, and it is a place of tolerance that honors differences among people. That was how America was known, as the ‘Melting Pot,’ and now, it is really present for me that for the 21st century, THIS is the Melting Pot.”

That’s Pam Jackson Murrell, a US-born Landmark graduate who moved to Dubai in 2017. Part of the original team that worked to create the event, she reached out to Landmark Forum News to share the experience of being part of the graduate body that caused The Landmark Forum in Dubai, including the amazing diversity that was present in the room:

“We had Turkish people and Syrians sitting together. Participants got the opportunity to stop lying and hiding their nationalities and be authentic and discover acceptance and tolerance. In the Dubai Landmark Forum, we had Christians and Muslims sitting side by side, people who had never sat next to someone from another religion before. So, you know, religious diversity, cultural diversity, national diversity, all in one room! This was the most phenomenal experience ever.”

Ages ranged from late teens to participants over 70 years old. Nationalities were equally broad, Pam relates, “which actually reflects the extraordinarily global nature of the Dubai community. A remarkable region of diversity and tolerance that the world should experience.”

The assisting body was similarly global, with Landmark graduates from all over the world showing up to help. Countries represented on the assisting team included Australia, China, Ethiopia, India, Kuwait, Malaysia, Pakistan, Saudi Arabia, Singapore, Slovenia, Syria, Trinidad and Tobago, Turkey, UAE, UK, and the US. The incredible cross-section of humanity even prompted a unique moment in Dubai’s Forum, Pam says:

“At the end of the third day, the evening with all the graduate guests, the assisting team were on stage being acknowledged. We had handheld signs with the name of the country we were from, and the name of the country where we had done the Forum. And it was SO phenomenal; you had an Emirati woman from Dubai who had done her Forum in Bangkok, a Muslim man from Kuwait who had done his Forum in the Philippines, a Caribbean woman who had done her Forum in India. [Laughs] I was probably the boring one – I’m from the US and did The Forum in D.C.”

“There are two main characters to this story,” Pam says. “I mentioned that I moved here in July 2017, and I got connected with the London center…Well, the London center connected me to this ONE guy, an introduction leader in Dubai whose name was Asim Khan.” A fellow Landmark graduate, Asim took The Landmark Forum in London and became an Introduction Leader while commuting to London from Dubai. He was leading introductions both online to Pakistan and in-person in Dubai. And Asim had a clear possibility for their city:

“Asim was, ‘There’ll be a Forum in Dubai.’ He just was that. And that’s what he said, and that’s how he lived. And he wasn’t tunnel vision, doing-nothing-else about it–he’s married, he’s got a kid and a full-time job, he plays cricket, he’s got a life, and he was standing for this possibility.”

Pam was enrolled in Asim’s possibility for Dubai, and after a time, she realized it had become her possibility as well. “I came to Dubai wanting to create a Landmark Center here. It was just a want, not a commitment though. So when I met Asim, I said, ‘Oh yeah, sure, I’ll stand with you.’ And I did, and I totally meant it, but it was just a stand versus ‘I AM THIS STAND.’ It took a while for me to think it was really possible, not just a possibility.”

Generating The Landmark Forum in Dubai

Conversations about Landmark were happening in the UAE, but anyone who wanted to attend the Forum had to make a big commitment: “Most people from here go to London to do [The Forum], which is an 8-hour flight. It’s thousands and thousands of miles and hundreds of dollars.” And so, Asim and Pam continued to work towards bringing the weekend to Dubai.

As conversations with the London Center evolved, Asim and Pam connected with more and more graduates in Dubai, and from only knowing 15 area grads in 2018, they had grown that number to more than 50 by 2019.

“And all of the sudden, we had everything you need for a Forum. We had a Course Supervisor, we had a Seminar Leader, we had Introduction Leaders, and we just started planning and developing. And we really just kind of stumbled around; we were not highly effective, we made promises that we didn’t keep, we restored integrity every week for promises not met–but we were busy planning and trying to fill the course while learning how to deliver the course. We did get training from London, and we were also just kind of out here on our own…They were coaching us and supporting us, but, you know, we’re not close to their center!”

Conversations were constant – in-person, on the phone, and online, people were sharing about The Landmark Forum in Dubai. As the London Center helped Asim and Pam take things from possibility to reality, and locations and dates were announced and communicated, graduates around the world began to respond. “People would call and say, ‘We know people in Dubai. We’ll play with you.’” And the reality of a Forum in Dubai began to take shape.

“So it just grew…We grew our core team to include May Ong and Jing He, two introduction leaders, Matthew Young and Vivek Shukla, two course supervisors.  And as we got close to delivering The Forum, we hadn’t met our measures, and London stood by us and said, ‘You’ll have your Forum’ – because at the time of this conversation, we probably had about 60 people registered. And the game was 120, and our WORD was 200. By the time we got to the week of The Forum, we had 80 people, and we had commitments from people from Australia and L.A. to fly in to assist for the weekend. And we literally couldn’t have done it without them.”

If you or someone you know would like to register for the April 2, 2020, Landmark Forum in Dubai, you can register online. Choose ‘Landmark Forum’ as the program, ‘United Arab Emirates’ as the country, and ‘Dubai’ as the city.