When Ather Yokany did Landmark Education’s Self-Expression and Leadership program a while back in Chicago, he knew he wanted impact a unique group of people: His own. Ather is Assyrian, and though Chicago is a home to many Assyrians–Who are both Middle Eastern and Christian–He saw distinctive Assyrian culture slipping away as people integrated into American society. He created “Assyrian Superstar,” a competition based on the popular American Idol television show, as a means of bringing Assyrians together and preserving their cultural identity. The competition was written about in the Chicago Tribune:

Yousip Bet Rasho has never seen “American Idol.” The Chicago-based singing competition “Assyrian Superstar” that he executive produces was inspired by “Lebanese Superstar,” which he saw during a visit to Beirut in 2004. For years, Rasho — director of Chicago’s Assyrian Media Center — has promoted local musicians but had difficulty cultivating a new generation of Assyrian singers.

“This is going to solve the problem,” Rasho says he thought after visiting Beirut. “We had to push the singers to do something new.”

Or, at least, something tried and true.

Like Britain’s “Pop Idol” and its across-the-pond sister, “American Idol,” “Assyrian Superstar” pits contestants against one another in front of voting audiences and three judges. All the songs are performed in Assyrian, a modern version of Aramaic, the language scholars say Jesus of Nazareth spoke.

Rasho says there’s even an Assyrian saying: “If a singer can’t make it in Chicago, he can’t make it anywhere else — not even back home in Iraq.”

Though 14,000 Cook County residents checked “Assyrian/Chaldean/Syriac” on the 2000 Census, community leaders estimate the population to be as high as 100,000.

Chicago has produced some of the most famous Assyrian singers, including Sargon Gabriel, often called “the Assyrian Elvis Presley.”

The finals, being held Friday at the Assyrian National Council in Skokie, will narrow the field to one superstar, who will have a CD produced and pressed by Prestige International Recording. The winner will be announced at a grand finale May 27.

“The Assyrian Superstar Committee was founded really to preserve and protect the Assyrian culture worldwide,” Yokany says. “The Assyrian song contains our music, poems, the unique rhythms . . . and we’re losing that.”

The Chicago Reader, the alternatively weekly newspaper of Chicago, has featured an event created by a participant in Landmark’s Self-Expression and Leadership Program – a unique ‘Museum of Streetwear’ two day exhibition. Here’s an excerpt … 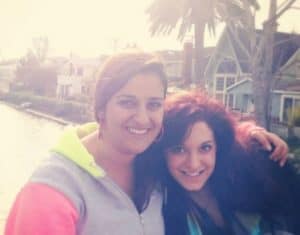 The Orange County Register is writing about a project spearheaded by a Landmark graduate to create an online portal for women in the Middle East and Africa to be able to easily access a register of their legal rights.