Landmark Forum News exists to tell the stories of Landmark graduates who are up to something in the world. We sadly learned of Marshall Saunders’ advocacy efforts after his recent passing, and we are honored to celebrate the amazing things he accomplished. 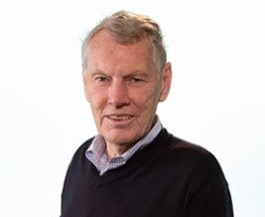 Microloans are a small sum of money lent at low interest to a new business. In developing countries, it has been proven that giving microloans to women to fund small businesses is one of the surest ways to improve the economic outcomes of their communities. But microloans don’t come from nowhere. They exist because of people who want to make a difference in the world and take action to see it happen. People like Coronado, California, resident Marshall Saunders.

Marshall Saunders retired as a real estate broker in 1991, and the new pastime he took up in retirement was saving ‘the poorest of the poor’ around the world, especially in Latin America. Shortly before retiring, he attended the Landmark Forum, and as he told the Coronado news in an interview about his work, “it was like I woke up…I wanted to make as much of a difference and contribute as much in my life as I possibly could.”

As he continued educating himself on world issues, Marshall realized that one of the biggest threats to modern society, especially to the poor, is climate change. Broadening his scope from microloans to climate advocacy, he founded the Citizens’ Climate Lobby, a non-profit, nonpartisan, grassroots advocacy organization focused on national policies to address climate change. In his official biography on the nonprofit’s website, Marshall wrote:

“When I became alarmed about the changing climate in 2006, I began giving talks about global warming to service clubs, high schools, universities, and whoever else would listen. However, at the end of each talk, I felt that the solutions I offered were not a match for the problem…Citizens’ Climate Lobby’s purpose is to change all that by empowering individuals to have breakthroughs in exercising their personal and political power and by gaining the tools to be effective with our government.”

In an article by Patch Media about Marshall’s recent passing, Citizens’ Climate Lobby Executive Director Mark Reynolds said, “To say that he made the most of his time on this earth would be an understatement. In addition to being the most kind and generous person I’ve ever known, he was also a visionary, someone who saw the things that are broken in our world and then set out to fix them…That was Marshall, doing the things that needed to be done that nobody else was doing.”

More information about Marshall Saunders, including details about the services, is available in the original article that was posted by Patch Media.

If you would like to learn more about Marshall’s work with microloans, you can read an earlier article written by the Coronado Eagle & Journal.