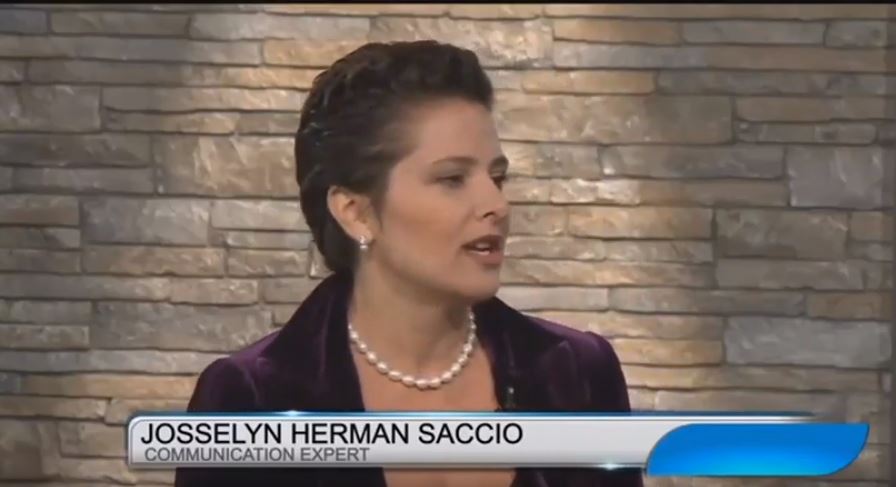 Landmark Forum Leader Josselyn Herman Saccio was recently interveiwed on KCTV5 on the subject of job burnout.  This segment is intended to help you both recognize the signs of job burnout and also know what you can do about it.

HOST:  Well, let’s face it, job burn out happens and it doesn’t always take years for it to happen.  Communication expert, Josselyn Herman Saccio, is here with us with some tips, recognizing these symptoms.  Wow, it doesn’t it even take years for this to happen?

JOSSELYN HERMAN SACCIO:  It can happen so quickly in a job.  And some of the symptoms, like if you want to wonder if you’re having burn out — if you have to wonder — one is that you repeatedly complain.  You frequently engage in gossip, or don’t like being around your co-workers.  Maybe you dread going to work, you’re chronically late.

JOSSELYN HERMAN SACCIO:  You feel overly tired, no matter how much you sleep.  You feel stuck, trapped, and the other is you start to lie, and actually not do as good a job as you know you’re capable of doing.

HOST:  Interesting, lie about what?  Are there certain things, or is it everything?

JOSSELYN HERMAN SACCIO:  Well, what we’ve found at Landmark — we’ve worked with almost 2.5 million people on the quality and effectiveness in their life, which has a lot to do with work.  You spend a lot of time at work.

JOSSELYN HERMAN SACCIO:  So, we’ve come up with three sources of burnout.  One is, you’re not connected to what really matters to you.  So, the solution is to reconnect with what really matters to you.  Sounds simple — the questions to ask are, what is possible out of you doing that job, that wasn’t possible if you didn’t?  Or what’s possible for people out of that job getting done, that isn’t possible if you — it could be simple like, well I get to go on vacation and pay my bills.

But it could be something connected to a higher purpose, like, I was working with somebody in the one of the programs I was leading, and he was really burnt out.  He worked at a juice company and it had turned into a job selling juice.  And I asked him, “Well, what did you love about the job when you first took it?”  He said, “I really wanted to impact people’s well-being and vitality.”  Just reconnecting with his higher purpose, disappeared the —

HOST:  Snapped him out of it.

JOSSELYN HERMAN SACCIO:   — right out of it.

HOST:  Gosh, what else can you do?

JOSSELYN HERMAN SACCIO:  The second source is a lack of integrity at work.  Now, the solution is, restore your integrity.  But, how do you do that?  You’ve got to get out on paper everything you haven’t done — everything you said you were going to do, that you didn’t do — and make a list, and then deal with it item by item.  Either do it, or schedule a real time to get it done.  When you say, “I’ll do it next week,” that’s not a real time.  That’s like a “let’s do lunch,” it’s never going to happen, it piles up.

So, you schedule and an actual time, or be straight about, “I’m not going to be doing that then.”  And the minute you do that, you start to restore energy and aliveness at your job.  And you’re dealing with it out here, versus in your head.  So, you go from catch-up mode to being able to create at work.

HOST:  I love that.  Real quickly, can we touch on the third one?

JOSSELYN HERMAN SACCIO:  Yes, the third one is to actually look at complaining, because if you get into a constant complaint mode you go to burn out town real quick.  So, shift your complaints to requests, rather than, “Oh, I’m not making enough money,” make a request for a raise.  Then somebody can actually say “yes” or “no” or counter-offer it.  I know, it sounds simple, but we’re not good at requests.

HOST:  My boss is right upstairs.  Would you come with me?

JOSSELYN HERMAN SACCIO:  She needs a raise here.  Okay, can you please have a conversation about this?

JOSSELYN HERMAN SACCIO:  But, don’t talk about it in your head or with people gossiping.   Talk about it with somebody who can make a difference, and actually —

HOST:  Great recommendations.  All right, well we’re putting some of those to the test.  Thank you so much.

JOSSELYN HERMAN SACCIO:  My pleasure.  Thanks for having me.

HOST:  I appreciate it.

3 thoughts on “How to Recognize the Signs of Job Burnout”