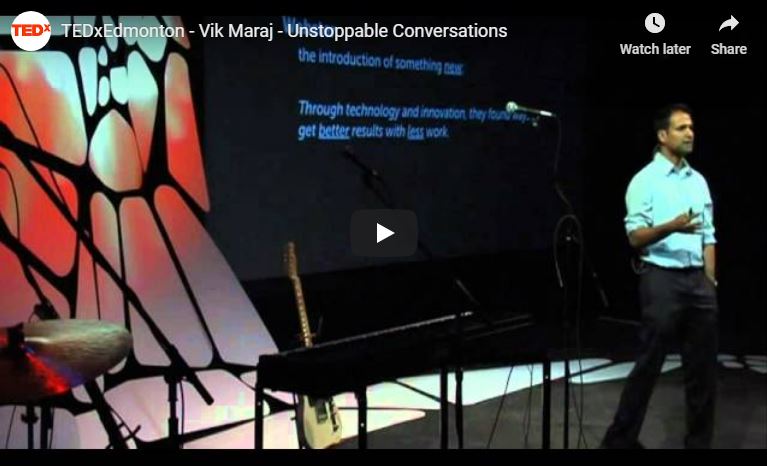 Landmark Forum graduate Vik Maraj was recently interviewed by the Huffington Post about what it will take to transform the non-profit sector.

Maraj has worked to transform organizations and communities, working with the United Way, the United Nations;  the government of Dubai, and many others. He has authored a TEDx talk about innovation and game-changing. The following are excerpts from the interview (visit the Huffington Post to read the whole story) by Danisha Bhaloo.

Bhaloo: What is the over-arching challenge in the not for profit sector?

Maraj: We act mostly inside of a context of charity not empowerment. Very few people are “learning to fish”. And this is a societal issue not just a not for profit issue. The same thing goes on in our education systems, children being thought what to think, not how to think. Having been with many groups in the not for profit sector, I have noticed that in most cases, while the truth is known and is often in plain sight it is not acted on. This all too common phenomenon is known as the elephant in the room and it constitutes a large part of what it is to be human.

Bhaloo: With respect to the not for profit  sector, what is the truth that we don’t want to talk about?

Maraj: We compete with each other with a smile on. We protect ourselves. And we collaborate in an opportunistic way. And the game is rigged such that this behaviour is almost inevitable. And the rigging is usually done by a decades old governmental policy. That’s the truth from my vantage point. Having said that, let’s be clear that everyone working in this sector is nothing short of a hero. I mean, the not for profit sector is the last line of defence that underpins the social fabric of society. Without this sector the actual limits of our political, corporate, health, and educational systems would be devastatingly obvious. The not for profit sector is the often unsung and most noble aspect of almost every culture.

At the same time, as with any sector of society, the challenges the not for profit sector faces are historical, entrenched, and at first blush, beyond its control. At first some of the obvious challenges are a lack of funding, a lack of resources, a lack of volunteers, turnover, a lack of being valued, lower salaries, lack of training and development, lack of policy, political unwillingness, the economy, etc. There are many more that I have not mentioned and what they all have in common is that none of them are the real problem.

Bhaloo: What’s the real problem, and what’s the answer?

Maraj: The real problem is that we don’t collaborate and align our vast, often duplicated resources, talents, and mandates, to have a collective voice. Collaboration is both a missing mindset as well as a missing process. We mostly define collaboration as “getting together”. As one of our clients said, “[we act as] independent islands chipping away at symptoms”. Almost all transformative change started with a series of small groups led by a few courageous people. They came together to tell the truth to one another, did the tough work to get over their differences, and then whole-heartedly went after an intolerable circumstance that each could not surmount on their own. The answer is to move from a “me or you” mindset to a “me and you mindset”, and to stop pretending that we are always noble.

Read the full story at the Huffington Post (see link above), and watch Maraj’s TEDx Vancouver talk below on unstoppable conversations.