She Comes Undone Debuts at Fitzgeralds 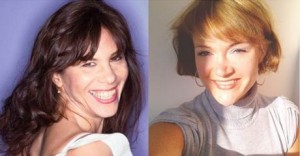 A show looking at women's life journeys debuts near Chicago on July 20th. It evolved out of one woman's project from Landmark's Self-Expression and Leadership Program.

According to the Chicago Tribune Local, Jenna White’s project inside of Landmark Education’s Self-Expression and Leadership Program is a live theater piece that she designed to empower women and encourage them to share their stories. Teaming up with fellow performer Eden Novak DeGenova, she created ‘She Comes Undone: Meditations from Women Mustering the Audacity to Make Themselves Happy’, which debuts on July 20th at FitzGeralds Nightclub in Berwyn, Illinois. According to White, the show looks at challenging events women have experienced, and how they have grown from them.

In preparing for the show, White and DeGenova interviewed women who were going through life-changing events. White says the show was also influenced by her own recent divorce, and her desire to connect with other women. In her view, women often look to outside circumstances for their happiness, as opposed to seeing being happy as their own personal responsibility.

Coincidentally, DeGenova had been working on a similar project when mutual friends connected them. The show they have created is a multimedia event that includes film and live music. The show begins at 7:30pm at FitzGerald’s, at 6615 Roosevelt Road in Berwyn. Tickets are $10 at the door.

1 thought on “She Comes Undone Debuts at Fitzgeralds”