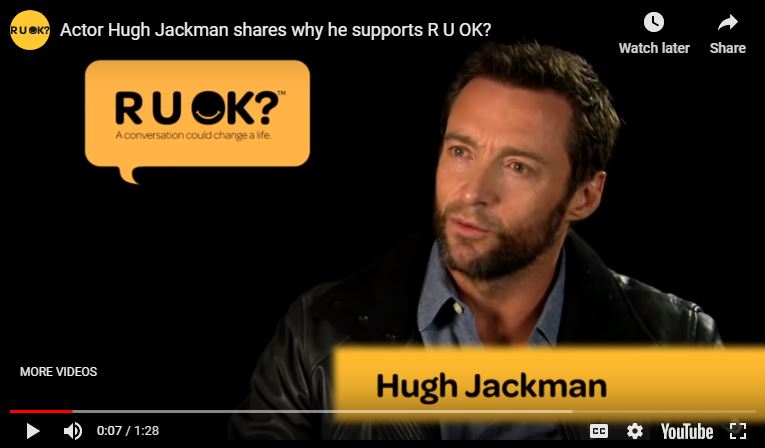 R U OK?DAY was created as a national day of action to have Australians prevent suicide by having conversations to connect with people.

R U OK? DAY, a suicide awareness and prevention campaign started by Australian Landmark graduate Gavin Larkin, is taking place on September 15th this year. The day began in 2009, with the full support of Australia’s Prime Minister, Minister of Health and Parliament, as well as being supported by physicians across Australia. The intention is to encourage people to look out for each other by starting conversations to find out how people are doing, since being isolated and disconnected are major factors in depression that can lead to suicide.

According to research, the first R U OK Day caused about 650,000 conversations to take place that wouldn’t have happened otherwise. The video below shows support for the day by international stars such as Hugh Jackman.

The awareness day was created by Larkin and his two brothers in honor of their father, who commit suicide in 1995. To find out more information or donate to the organization, visit the R U OK? DAY website.