Letters to a Younger (or Older) Self 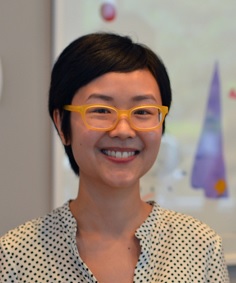 People write letters to their younger (or older) selves at www.letterstomy25yearoldself.com. Quiet and sweet, Pik-Shuen is out to inspire the world. She is currently doing so through a unique project that has people write letters to their 25 year old selves.

Born 26 years ago in Hong Kong and living in Canada, she has experienced life from all over the world. She says that up until recently she was stuck in what she was supposed to be doing instead of what she dreamed of being.

During her young life and up through college she felt intense pressure from all around her to do things right, so when she graduated from Brown University in 2009, she landed a creative but practical job being an integrated producer. It paid her bills, but Pik-Shuen grew up dreaming of being an artist and painting in New York City. Last year, she finally decided to throw caution to the wind, quit her steady job and pursue that dream.

She was accepted to New York’s School of Visual Arts and she starts on the path to her life’s work this September.

Pik-Shuen currently lives in Vancouver, Canada,  and in her Self Expression and Leadership Program Program she wanted to do something that would inspire people all over the world to take the kind of chance at choosing to live the life of their dreams like she did. At the relatively young age of 26, she wondered what other people actually thought about being 25. She wanted to know their hopes and dreams – but most of all, she wondered what she would think of herself at that age, when she was older, and out of that www.letterstomy25yearoldself.com was born.

The site went live on on July 9, 2013 and to date the site has been visited by people from more than 50 different countries. She has had the thought that perhaps these letters might turn into a book one day, but for now, in its quiet and sweet way the site is inspiring strangers to take a look at themselves and their lives from near and far.

“My goal is to inspire people to live life true to themselves,” said Pik-Shuen, and she is leading the way by example.

Read the letters or submit your own at  www.letterstomy25yearoldself.com.