Seattle Landmark Forum graduate Brent Jones found a unique way to give back to the employees of his landscaping business: He caused the construction of a huge new park and playground in their home town of Las Animas, Mexico. Many of Jones’ employees were guest workers from Las Animas, and as he got to know them, he would pay occasional visits to their home town. In the Self-Expression and Leadership program, Jones got the idea to bring what he did for a living to make a huge contribution to Las Animas.

He raised $20,000 for the project, which included $5,000 from Jones’ customers, $2,000 from the employees, and the otehr $13,000 from the profits of the business. In addition to the paid workers, many local people pitched in with the building. Beto Gallegos, the president of Calvio, a larger town of which Las Animas is a suburb, helped make the project happen by having the Mexican government give the land to the town, gave permission and permits for the project as well as contributing supplies. The entire park and playground were built in less than two weeks. In the process, the ugliest piece of land in Las Animas became the beautiful heart of the town.

People marvelled at the change: Most townspeople had never seen an American in Las Animas, let alone one who contributed to the town on a huge scale. There had also never been TV coverage of Las Animas before–Two television stations ran features on the unusual philanthropy taking place in their town.

“We’re not used to the sounds of laughter and joy coming from children and families in the center of town,” said one local resident. “It’s amazing.” 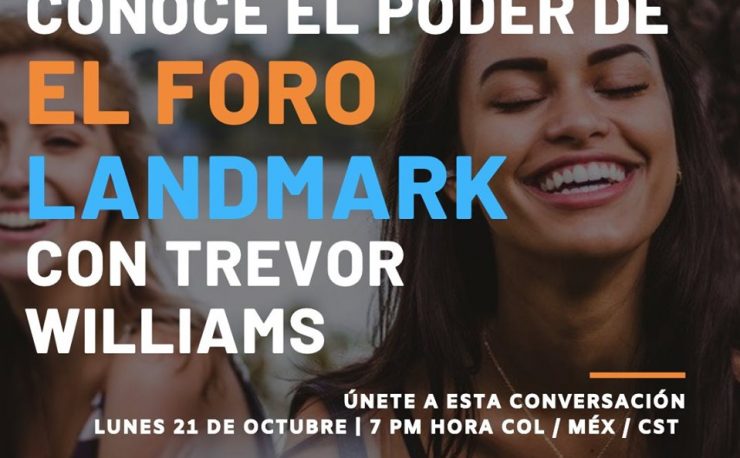 Participation in Landmark programs has been growing quickly in recent years. The Landmark Forum is now offered in Mexico, Colombia and Brasil. People come from all over Latin American to participate in these programs. This …

One woman has made sure that children in need have had a place to live for over 25 years.

A new media channel focuses on the actions of those making a difference in a wide variety of endeavors.

David Cunningham on Dealing Powerfully with Relatives over the Holidays

If you could just be the one that goes first, and gives that olive branch and goes and makes peace, and says, “You know what? No matter what happened, what’s important here is that we get to express our love for each other.” And if you did that before the holidays even got here, then for sure the holiday season and the holiday itself would have a whole other flavor to it.

Landmark Education Spokesperson David Cunningham, who leads The Landmark Forum, just appeared KOMO Seattle television to discuss how to defuse drama and conflict with family around the holidays.