Landmark Graduate Nominated for Cosmo’s Bachelor of the Year

Houston area Landmark graduate Don Vaughn has been nominated for a unique honor: Cosmopolitan Magazine’s Bachelor of the Year.

Unbeknownst to Vaughn, a friend of his from a Landmark program submitted a photo and write-up about him to the magazine, and he was later notified by the magazine that he was Texas’ entrant in the Bachelor of the Year contest (You can vote for Vaughn in the contest here).

Vaughn’s credential’s go well beyond his looks: he is both an accomplished neuroscientist, musician (drummer), DJ, and model, and has been very active making a difference in his community through the Rotary Club of Houston Skyline and the Children’s Music Foundation. Vaughn and other volunteers from the foundation perform songs for sick and underprivileged children, teaching them to play music as well, and ultimately giving them their own guitars.

Vaughn says that taking part in Landmark’s Advanced Course made a big difference for him as far as his genuine desire to make a real difference in the lives of others.

“In my neuroscience work, we look at empathy for other people. What we’ve found is that empathy is many times higher for people in one’s own family, religion or other group – we’re investigating how empathy can be expanded to the larger community and people outside one’s own groups,” he said.

“In the Advanced Course, I really got that I love all people, and my work in the community went from being something I did out of obligation or a sense that it was the right thing to do, to being a real joy and self-expression for me.”

Vaughn realized that the contest is an opportunity to get other people involved in the opportunity to make a difference. If he wins the $10,000 prize, he will be donating all the money to the rotary club and the Children’s Music Foundation, and he is using the platform of his nomination to speak out on behalf of what he believes in.

“It’s just a fun contest, but with the right context and the right possibility, it can change the world,” he said.

As part of the nomination, Vaughn will be on television – look for him on the Today Show next week.

Below: Vaughn’s work with the Children’s Music Foundation. 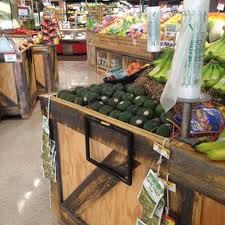 The Los Angeles Times singled out Jon Murga as a Landmark graduate who is making a unique difference – hiring the homeless to work at his community market in Los Angeles. 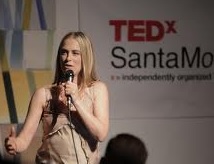 A man forgives the drunk driver who killed his family.