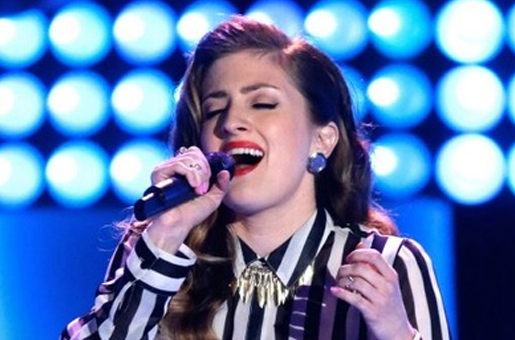 Of the 45,000 singers who auditioned for this season of NBC’s The Voice, 20 now remain on the show. That small group is preparing to perform for a live audience of over 17 million viewers, with the opportunity to stay on the show now in the hands of the voting public. Welcome to Jean Kelley’s day.

Kelley, a Nashville native and Landmark Forum graduate now living in Atlanta, recently made her international singing debut on The Voice. Jean has taken on her competitors with grace and ease, with obvious confidence and a winning smile. Kelley worked hard to achieve the confidence in herself that she carries today, and it began with rewriting the story of a painful past.

Jean grew up singing from her earliest days. She recounts the story of standing up in the grocery store at age three and belting out Blue Moon of Kentucky for all to hear. Both of her parents were music lovers, their tastes ranging from bluegrass to early pop and rock’n roll. Jean remembers her mother always encouraging her to sing, and telling her she’d be famous someday, though her mother never got to see her take the stage.

The summer before Jean entered middle school, her mother died suddenly from a heart condition on a family vacation. Nothing was the same after that for the young singer. Though she continued to sing on and off stage, she shied away from larger musical opportunities that arose for her, overshadowed by the sorrow she had experienced and filled with self doubt from the emotional and financial hardships that followed.

When Jean participated in The Landmark Forum last August, things finally shifted. “Before taking The Landmark Forum,” Jean said, “I was wrapped up in the story of my past and was sabotaging every music opportunity that came along. The Landmark Forum helped me to stop dragging those stories into my future and to see that, while I was shaped by my past, it does not define me. Only I can do that.”

Landmark’s programs empower people in discovering their unique contribution to the world, and to help them create ownership and confidence around their gifts. For Jean, this meant finding her power again and believing in herself and her music. “The Voice has required me to use the tools I learned in the Curriculum at every turn,” she said. “Without the distinctions I learned at Landmark, I believe I would not be enjoying the level of success I am having in life and on The Voice. I am so grateful for the difference it has made and am excited to be inspiring and empowering others to move confidently in the direction of their dreams!”

What’s next for Kelley? Jean is in action to support  herself with her music, and is giving it everything she has, starting with her possibility of winning The Voice. “Being able to do music full time will be incredible,” she said. “ Pursuing my dreams,  no longer having to work odd jobs,  continuing to write for myself and for other artists on a larger scale, and having the financial backing and relationships to take my dreams as far as my imagination can take them–that is the future I have created and am now living into.”

However the contest goes, Jean feels supported to take the next steps in her music career. “The coaches really seem to care,” she shared, “and they teach you something to help you grow as an artist after the show as well. There can only be one winner, but whatever we stand to gain, we can take it out into life with us.”

Readers can cast their votes for Jean each week beginning November 10th, with voting details found at NBC, and hear her performances on iTunes, and follow her on social media at Facebook,  Twitter, and Instagram.

9 thoughts on “Landmark Graduate Jean Kelley Shines on The Voice”