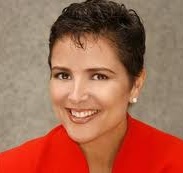 Landmark Forum leader and spokesperson Josselyne Herman-Saccio recently appeared on CBS KCAL TV in Los Angeles to discuss how to create greater intimacy in relationships. Herman-Saccio says that three keys to intimacy include the willingness to be surprised, throwing away the automatic script with your partner, and taking new risks. See more below.