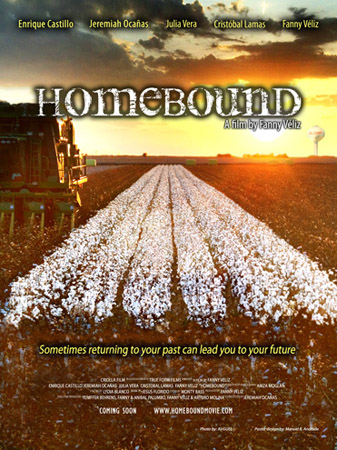 Fanny Veliz created the film Homebound to transform how latinos were perceived in the media. It began as her game in the world in the Landmark Education Team, Management and Leadership Program.

Homebound, the feature film created by Fanny Veliz as her project when she participated in Landmark Education’s Team, Management, and Leadership Program, has been submitted to the Sundance Film Festival, TriBeCa Film Festival, and the South by Southwest (SBSW) Film Festival.

The film is about a successful young man who returns to his roots in a small town in Texas, and explores friendships, family, and the culture he grew up in.

According to Veliz, her goal was to “utilize the distinction team to transform the image of latinos in the media. I got connected to a possibility bigger than me.” Veliz says she is using what she learned about enrollment to bring the film to a wide audience. Watch the film’s official trailer below.

2 thoughts on “Homebound Submitted to Sundance”