Healing his Family, Healing the World 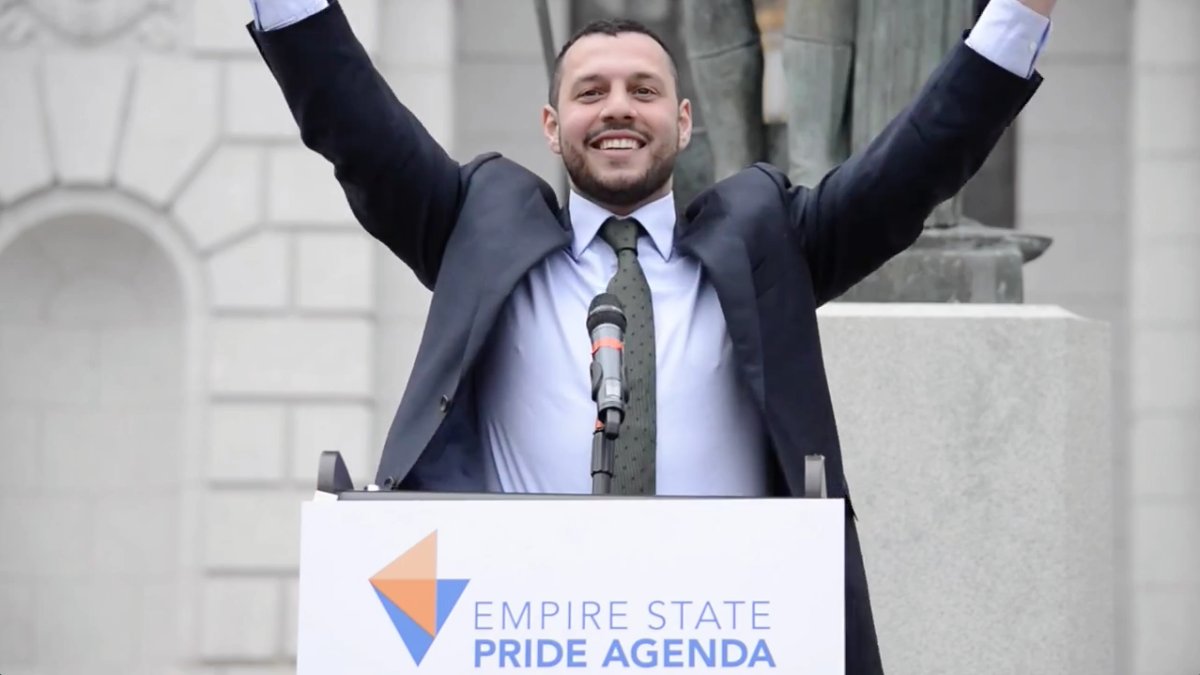 Mathew Shurka is fighting back.

He has become a recognized advocate in the movement to outlaw sexual conversion therapy, defined as a range of treatments that aim to change sexual orientation from homosexual to heterosexual. The American Psychological Association, the American Medical Association and other mainstream professional groups hold the therapy to be ineffective and contend it is actually harmful to teenagers. Mathew endured the therapy for five years in his late teens.

He had come to the conclusion that he was gay when he was 12. Feeling ashamed, he made it his mission to fit in with the other boys, so he mimicked their behavior. He spit out words like “fag” and threw big parties when his parents were away. When he was 16, he came out to the one person he trusted most, his father. His dad seemed to accept the news but days later urged him to undergo conversion therapy, and he gladly agreed.

A psychologist he worked with for three of his five years of treatment told him not to talk to females, including his own mother and sisters, and to spend time with men, molding his behavior to gender stereotypes. Although he succeeded in having sex with women, he suffered with anxiety. When he became too tense to perform with a woman, his therapist suggested that the teen take Viagra. Mathew’s grades were falling, and he sank into depression. He considered suicide.

He did engage in gay sex and at age 19, he fell in love. Without his knowledge but with the therapist’s tacit approval, his dad met with his lover and ordered him to stay away. When Mathew found out eight months later, he cut off relations with his father and his psychologist.

He continued treatment with other therapists until he was 21, when he got a job waiting tables at a Manhattan restaurant where he had a gay boss and gay co-workers. He started to feel more comfortable with himself, but he didn’t completely accept his sexual orientation until he took the Landmark Forum two years later. “I haven’t questioned my sexuality since,” he said. The Landmark Forum also led him to make peace with his psychologist and, most significantly, his father.

“It was the distinction always-already listening,” Mathew said. “My listening of my father was ‘You don’t love me.’ I had to conform to his view of what his heterosexual son should look like. He wanted to make me straight because he had an agenda, he wanted to look good in his environment. In the beginning of conversion therapy, my listening was that he did love me. But my anger and resentment toward him was growing every day.” His parents were divorcing, in part over disagreement about Mathew’s therapy, and his father had moved to Israel. Mathew and his sisters were suing their dad for financial assets. He had not spoken to his father for five years.

A few days after completing The Landmark Forum, Mathew traveled to Israel and reconciled with his father. He had arranged for his sisters to be there, too, laughing and crying together at dinner. It was a happy reunion for all of them, and Mathew and his dad got to spend some time alone together.

“My father said, ‘It sounds like you’re openly gay.’ I said yes, I am. He launched into his standard speech: ‘You can’t be gay, you don’t understand what the world is, you don’t understand what’s going to happen to you –’ For a moment, I got hooked. I knew his speech by heart, and I couldn’t believe that after five years, this is what he would say to me,” Mathew said.

“It was at that moment the always-already listening came on. My usual self would have fought back and maybe yelled and screamed. But whatever I thought, I just put aside, and I just listened to him, and even though I had memorized his speech, I was listening in a way I had never listened before. I could see my life through his eyes. He was trying to protect me from something.”

“I stopped him, I gave him a kiss, and I had my hand on his shoulder and looked him in the eyes. I told him, Dad, there is nothing to worry about. I’m going to be okay. I’m going to live a good life. He said, ‘How can you say that?’ I said, I know what the world is. I know some places it’s safe and some places it’s not, and I’m going to take it as it comes. Look around you, look at the beautiful night it is. You, my sisters and I are all together. There is nothing wrong happening.”

“He still has his issues about it, but I knew in that moment, I would never again sacrifice my father-son relationship. That was the moment I got my father back.”

The practice of conversion therapy has been made illegal for minors in California and New Jersey. An anti-gay organization is planning a legal challenge to a ban on the therapy for minors that was enacted into law last month in the District of Columbia.

Mathew, now 26, has committed himself to fighting the practice. His advocacy is a continuation of a project he created while participating in the Landmark Self-Expression and Leadership Program. He speaks at conferences, engages in interviews, and testifies at government hearings.

He has made peace with the psychologist who treated him for three years. The therapist’s professional standing has suffered because of his involvement with conversion therapy, which he no longer practices. He and Mathew were interviewed together for a Huffington Post article about conversion therapy last year. They have become friends.

10 thoughts on “Healing his Family, Healing the World”