‘Get Moving’ Tackles Depression with Exercise 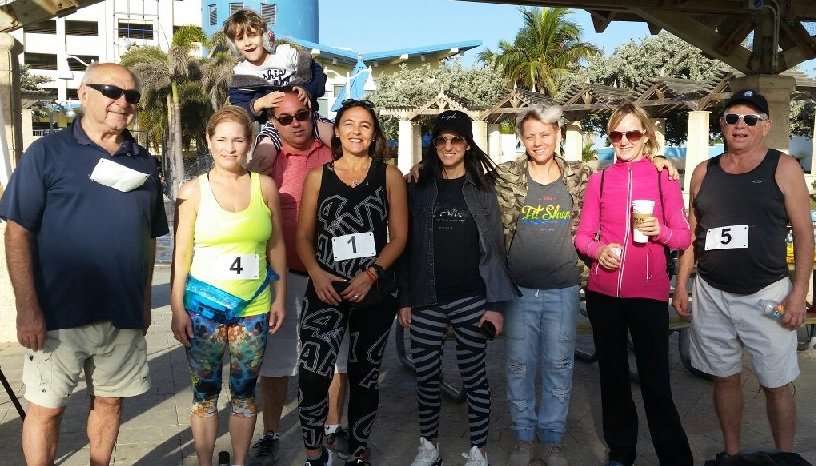 A recent Florida walkathon was part of a new non-profit's effort to reduce depression through exercise. Hollywood Boardwalk Walkathon to Fight Depression Got Many Moving

It was an early morning on Hollywood Beach a couple of months ago, when Got Moving, Inc. had their very first walkathon. The morning sun had just come up, and the boardwalk was lively and full of activity as individuals were enjoying the South Florida weather.

Marissa Stiberman, CEO of Get Moving, Inc. organized the event. Stiberman is an immigration attorney, pattern maker for the industry, and a spin instructor. Recently, she completed the curriculum for living at Landmark. The forum is designed to bring about positive permanent shifts in the quality of one’s life. As part of her program completion, she had to develop a not-for-profit project to benefit the greater good for the Self-Expression and Leadership course. The idea for her project was a labor of love as she created Get Moving, Inc., a not-for-profit corporation with a mission to create awareness on the positive impact that exercise has on depression. According to the Mayo Clinic, research on anxiety, depression and exercise show that the psychological and physical benefits of exercise can help reduce anxiety and improve mood. Regular exercise releases feel-good brain chemicals including endorphins, neurotransmitters, and endocannabinoids, which help ease depression.

“Get Moving’s goal is to promote physical activity and its impact on depression, as there is widespread documented scientific evidence proving that regularly engaging in vigorous physical activity releases endorphins, the ‘feel good’ hormones that generate feelings of well-being and elations,” says Stiberman. “Being physically active is not only healthy for the body, but it is also healthy for the mind.”

Stiberman enlisted the help of other individuals in the fitness industry who had a positive response to her venture. She turned her vision into a reality and the first Get Moving, Inc. walkathon was a success. She plans to organize others throughout the year. Proceeds will benefit the Anxiety and Depression Association of American (ADAA).

To get involved or join the next event, please check out the Get Moving Walkathon’s Facebook page for updates.

2 thoughts on “‘Get Moving’ Tackles Depression with Exercise”