Gerhard Lippl: Bringing Integrity into the World of Work 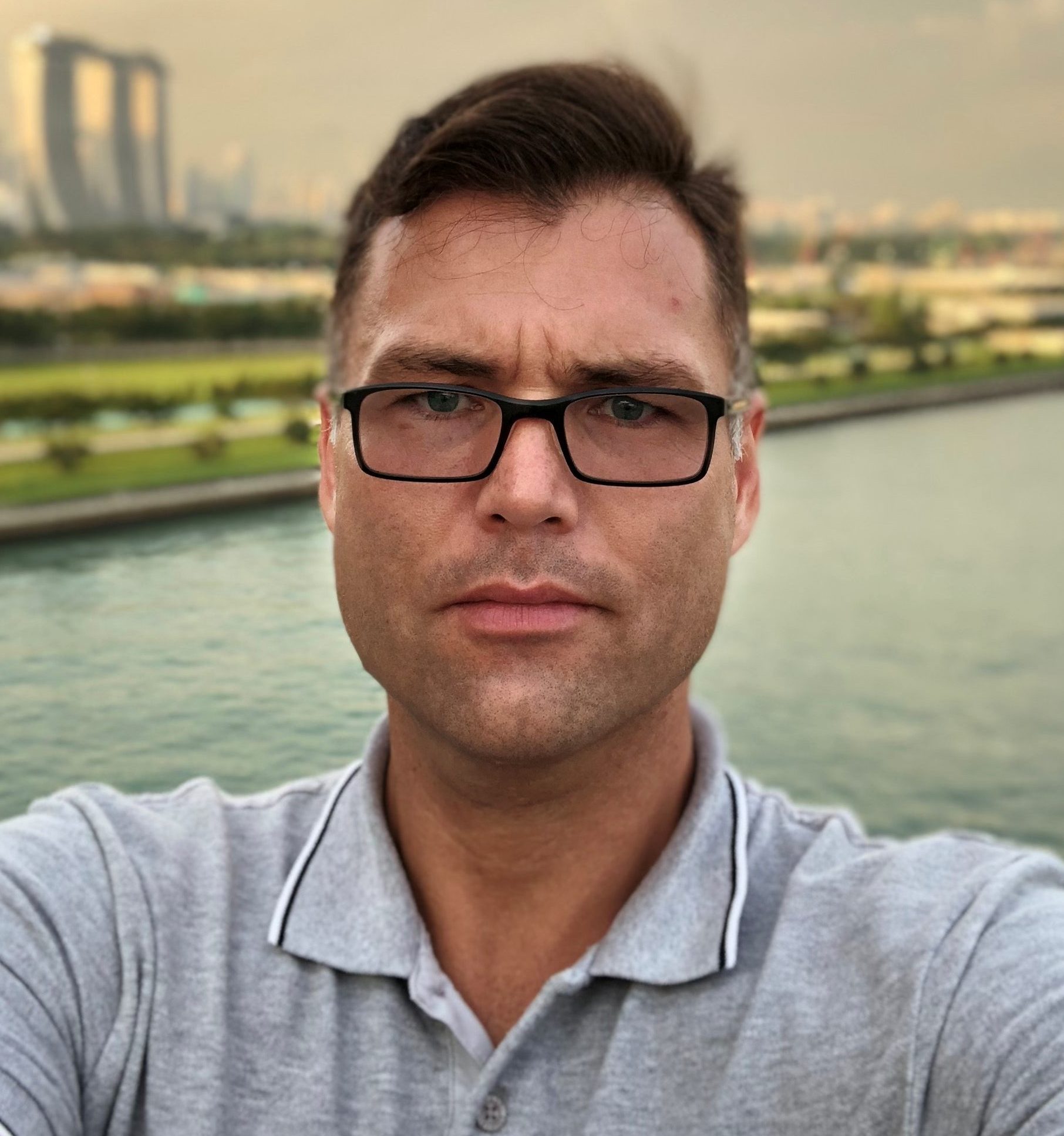 Realizing the Power in Sharing and Standing for Company-wide Enrollment

A German engineer in Malaysia walks into an introduction in Singapore…

It may not be the catchiest joke, but it’s a pretty transformational story. And for Landmark Graduate Gerhard Lippl, transformation is the name of the game. “I realized I could speak to my company and just stand for it.”

Gerhard is a German engineer whose career currently has him on assignment in Malaysia. He’s in semiconductor manufacturing, which he relates is “pretty technical; lots of numbers and lots of details.” Out of his experiences in Landmark, he is up to something pretty big: using integrity as the cornerstone to empower his three thousand coworkers.

When he first arrived in Malaysia, Gerhard had never heard of Landmark. It was only through a chance encounter –which turned out to be a pivotal moment– that he encountered the organization. “My [now] wife is an Introduction Leader in Singapore,” he relates. The two wanted to see each other, but she was leading an introductory event at the time. So she invited him, and Gerhard said yes. During the intro, “I decided to register, because there wasn’t much to lose except money and time.”

Telling himself that if he didn’t like it, he could walk out, Gerhard answered yes a second time and registered for The Forum in a different country, in a different continent from home. But instead of leaving early, he completed both the Forum and the Advanced Course in the space of a few months, after which he also began the Introduction Leaders Program. Sharing and laughing about breakdowns and breakthroughs along the way, he says, “There was a point where I was seeing Landmark like in Star Wars, like Darth Vader…but that’s really kind of the magic within the program – that I was making all of that up to cover up what I was really dealing with. It’s really your choice if you’re doing things or not doing things.”

As he was creating breakthroughs in integrity in his personal life, Gerhard began to see opportunities to transform his world at work. His biggest realization? “The difference between enrolling people versus trying to fix them.” The workplace is often rife with breakdowns in communication. And though they mean well, managers trying to ‘fix’ employees versus enrolling them in something, in Gerhard’s words, “doesn’t actually fix anything.”

“One thing I discovered…[that is] very helpful in any kind of situation where you want to enroll people in anything: have a listening for what people are dealing with. That helps me every day. I’m a pretty good observer, but I am not a good listener.” Once Gerhard took on listening newly, he found his world opening up, and now he wants the same thing to happen for everyone in his company. He feels so strongly, in fact, that he recently met with the company’s general manager and gave a presentation on the benefits of company-wide enrollment in integrity as the basis of the company’s values. “Southeast Asia is mainly mass-production right now,” he explains. “I want us to be more innovative, and I see integrity as missing in that conversation.”

Before Landmark, this would have been “completely impossible,” Gerhard says, but now he’s taking on integrity in a big way, determined to enroll the managers of his company in his vision. Gerhard’s presentation included a Cost Savings/Benefits list, featuring some the top reasons he sees for putting integrity at the heart of the organization, including that it would ‘transform people to become self-driven and willing to participate in the creation of the company’s future.’ “What is very special about Southeast Asia is you have a great mix of very difference cultures. Everybody has a very different view on how things work and how they should work.” Gerhard sees the value of this range of perspectives, and he wants his company to embrace it as well, and to empower its workforce to innovate and generate and take new actions in the workplace.

Life –and love– around the world of work

Gerhard is married now, his wife the same woman who invited him to that first introductory event in Singapore. “Landmark has changed quite a lot in both our lives!” he says with a laugh.

Having recently completed the Communication course herself, Gerhard’s wife, Li Nar, found that being in a relationship afterward was one of her breakthroughs from the program. As Gerhard says, “That’s maybe another very important thing I learned… things only become real when you share them with people.”

3 thoughts on “Gerhard Lippl: Bringing Integrity into the World of Work”