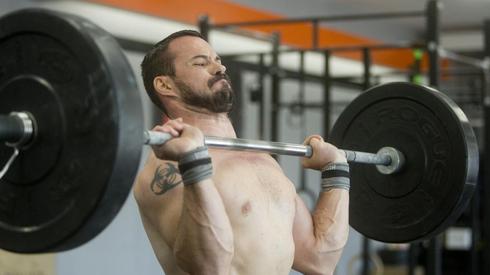 When AJ Richards returned from his tour of duty in Iraq in 2006 he felt a loss of purpose. When AJ Richards returned from his tour of duty in Iraq in 2006 he felt a loss of purpose. He had only just entered the military when the attacks of 9/11 took place. The army took on a new level of importance. During his years of service, which included a tour that took him to Ramdi, he developed a deep connection to his fellow soldiers.

After his separation from the military he took a job selling pest control door to door.  But after years working day in and day out with a deep sense of mission, such a mundane job left him questioning himself and even life itself. He felt disconnected from the civilians he now worked with, almost none of whom served in the military much less understood or could relate to the experience of combat in Iraq.

Two years after returning home, his battle buddy from his time in Iraq took his own life. Like many returning soldiers his buddy had struggled with the all too real aftermath of deployment including PTSD and the deep sense of loss of purpose that is unique to the military. In honor of his friend he promised himself he would find a way to help fellow veterans regain their sense of purpose.

By Feb 2013 he was now a successful entrepreneur running a fitness company called Crossfit Mesa. That was when he had a new idea for a CrossFit style competition called Rush Club – a two-heat, single-elimination battle in which the profoundly fit jump rope, lift weights, do handstand push-ups and speed through any number of exercises designed to be as challenging as they are entertaining. The first competition attracted 160 spectators and he knew that he really had tapped into something special.

Rush club competitions now attract upwards of 1,000 live spectators and are streamed on the web. However this success was not inevitable – in fact it was not going to happen. After the initial success of Rush Club, it was clear that a movement had started but it also challenged his notion of himself.  Before Richards participated in The Landmark Forum in early 2014, Rush Club had hit a ceiling. It had grown to a point where Richards became intimidated. He did not see himself as good enough or capable to take it to the next level. In The Landmark Forum he was able to see he was about to give Rush Club up out of fear.

After the Landmark Forum he began to see a whole new possibility for Rush Club and the impact it could have.  He began to add weight categories to make it possible for more people to compete and then opened Rush Club to adaptive athletes. A term he prefers to the more commonly used term “disabled”.  This led him to meet Derek Weida, a fellow veteran and amputee as a result of a combat injury. He has become a well-known competitive cross fit athlete as part of his recovery from the same loss of purpose that Richards experienced. Weida’s participation in Rush Club has attracted other veterans as both competitors and spectators and allowed Richards the ability to fulfill his promise to help veterans create new purpose.

Rush Club was recently approached by the media company LCTV which produces programs for ESPN and the NFL network. Richards continues to credit his participation in Landmark for helping him get out of the way of what’s possible.