Creating a World in Balance 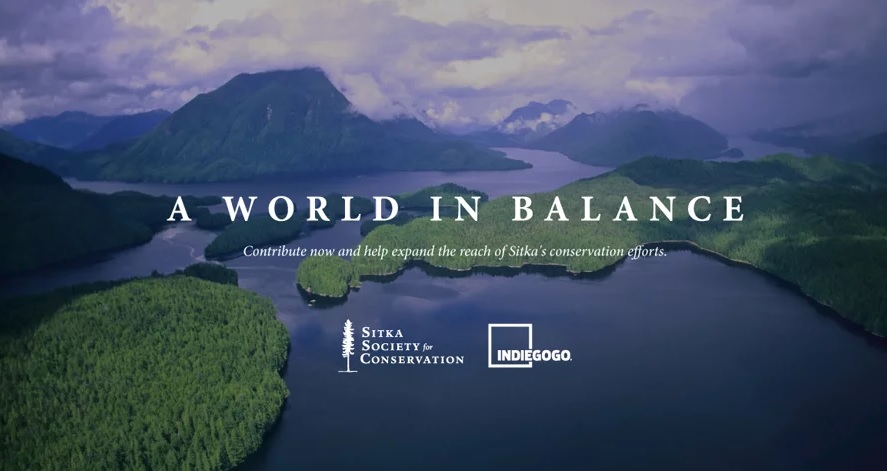 By supporting sustainability through crowdfunding and a unique business partnership, two Landmark graduates are blazing a new trail in the world of non-profits. When Landmark Forum graduates Rene Gauthier and Andrew Paine started the Sitka Society Conservaation via a crowdfunding campaign that currently has over $58,000 in commitments, it was the next step in their lifetime commitment to sustainability and a world in balance.

Sitka was originally founded by the two friends back in 2002, when both men were in university, selling handmade surfboards. They were out to create a surf brand based on the west coast of Canada at a time when surfing “was not a thing” in Canada, according to Gauthier. After they graduated a few years later, they made a five year business plan and branched out into selling a fairly wide range of sustainable clothing.

By 2014, they had about 50 employees, a couple of retail stores, and wholesale customers across North America. They decided to look deeply at where the business was going, and the employees went on a retreat to discuss what they really cared about.

The overwhelming answer was nature. They were always about sustainable products, but that retreat is where Sitka’s idea of wilderness activism was born. During this process of looking at what was next, Gauthier did The Landmark Forum. One of the things that he saw was that he was preaching about integrity in the Sitka’s business practices, but integrity was lacking in places in his own life. He reconciled with his father, whom he hadn’t spoken to in eight years.

He also noticed where the company had gotten more interested in profits than its core mission of sustainability and community. When he took part in Landmark’s Self-Expression and Leadership Program last fall, the idea of The Sitka Society for Conservation (SSC) was born, which gave a chance for that mission to truly be fulfilled.

As Sitka’s non-profit arm, the SSC will be working with other local groups to support their initiatives, including plans to grow a marine sanctuary in the Great Bear Sea, support indigenous populations, and assist a voting campaign.

Money from the SSC will also go to training Sitka store staff to engage in conservation conversations, and have dedicated store space for employees to educate and engage the community on sustainability issues.

This unique blend of non-profit activism with a for-profit business may seem unusual, but both spring from the same purpose – a world in balance.

Meanwhile, Paine’s project in the Self-Expression and Leadership Program involved supporting the decimated but vital herring population, an initiative which eventually will be supported by the SSC.

Having the stores truly and fully support these sustainability commitments is an uncertain proposition, in that it’s not exactly a common business model to have a for-profit enterprise be entirely in the service of these altruistic goals.

But for Gauthier and Paine, there’s nothing they’d rather be doing.

“People ask why we’re doing this, and if this isn’t the right time,” says Gauthier. “If not us, then who? When’s the right time – why not now?”

“Everyone has to get it – that our natural systems are worth more intact than fractured,” says a passionate Gauthier. “That’s how we’ll know we got our job done.”

Visit the Sitka Society for Conservation’s crowdfunding campaign to contribute or find out more.

1 thought on “Creating a World in Balance”