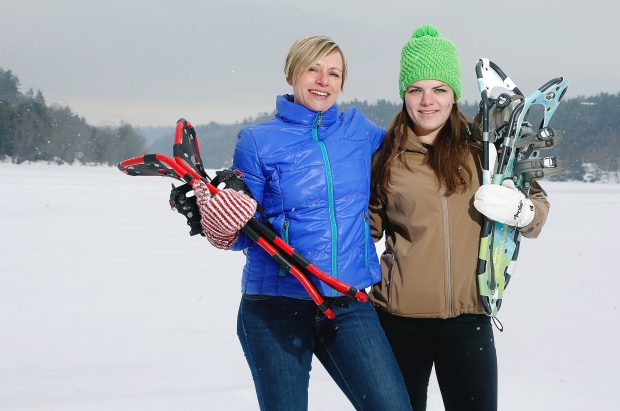 Dayna Chicoine calls the village of Wakefield, Quebec her life-long home. Dayna’s personal mission driving her career is to contribute toward the health and well being of all, especially to youth. It is a natural leap to see how she helped to establish a corporation that created three annual sports events in Wakefield: the Covered Bridge Run, the Moonlight River Run, and the Frost and Fire Triathlon.

In 2011, Dayna, her parents, and five siblings ran 15,000 kilometers, or roughly 9,320 miles, across Canada and the United States, to raise awareness of health and wellness issues. Growing up in a family committed to living a strong and vital lifestyle helped shape her goal of positively affecting the well being of others, particularly children and youth.

Dayna describes herself as shy and quiet, reticent to speak in front of people, before becoming involved with Landmark. While taking part in Landmark’s Introduction Leader’s Program, she created a huge communication breakthrough, and while involved with the Self-Expression and Leadership Program, established the sports event project that transformed into a career.

The Covered Bridge Run focuses on raising funds to help build a sports pad in the small community of Wakefield. In the first year of the event, 300 people registered and a total of $10,000 was raised. This increased the following year, with 550 participants running and a total of $15,000 committed to the sports community project. Of a $300,000 project, the collective efforts of The Covered Bridge Run contributed $32,000 toward its completion. Incredibly, 100 percent of local residents participated, either through volunteering and/or being a participant in the event.

After the success of the first sports event, Dayna created a corporation with a friend adding two more annual events. The Moonlight River Run donates its proceeds to the Wakefield Grannies, an organization that offers support and assistance to grandmothers in Africa who are raising children with AIDS. Finally, the Frost and Fire Triathlon, the smallest of the events with 110 participants, currently raises funds for an organization in Ottawa, supplying hockey equipment for youth.

Dayna’s focus for the future is to help expand the three events, enrolling more people and being able to offer more financial assistance to charities. She explained that it takes 4-5 months of preparation, including working on the budget, advertising, and marketing, to be ready for each event.

So far $42,000 has been raised in the past four years for local charities, all starting from the passion and initiative of a woman who described herself as shy. Chicoine’s accomplishments were also chronicled at length in the Ottowa Citizen.