Landmark Education graduate Maria Dismondy has written a children's book for anyone teased or bullied for being different, and the Novi News wrote an article about its publication, parts of which appear below.

Lucy has big hair, mismatched socks, and eats toast with ketchup for breakfast. Lucy represents any child of hte past, present or future who has been teased or bullied for being different.

"I recently rean into the guy who used to be my bully and it just hit home to me that children can bully each other but they're just normal human beings," said Maria Dismondy, a Novi resident and author of the children's book Spaghetti in a Hot Dog Bun. Dismondy, 30, said she used some of her own childhood experiences to pen the book she hopes will empower children.

"My mom actually gave us spaghetti in a hot dog bun and we were teased about it, and I was always tased about my big hair," she said. "(The book) is really about having the courage to be who you are. Instead of changing who she is, Lucy continues to be herself. She's kind of like a little Punky Brewster."

As a second-grade teacher in the Plymouth-Canton School District, Dismondy inspires kids in the classroom every day, but she wanted to do more.

"I'm going on my eighth year of teaching and I know children struggle withthis all the time. I'm really excited to get the message out to children."

Although this is the first book Dismondy has published, she already has ideas for the second.

"I'd like to do another book about the same concept of bullying," she said.

"I'd love it to be a series because I think she's (Lucy) such a great character." Even though it didn't take Dismondy long to write the book, it took about a year before it was picked up by Northville-based Nelson Publishing and Marketing.

"I'm very wordy, so (the book) started off 1,900 words," Dismondy said. "It was cut down to half of that. You want to paint a picture, but I learned it was better to show through th illustrations than tell with the words."

And thanks to the talkents of Plymouth resident Kimberly Shaw-Peterson, the colorful illustrations do just that.

Dismondy dedicated the book to her husband of three years, Dave. For more information, visit www.mariadismondy.com. 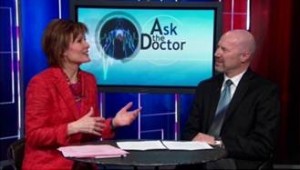 A Landmark Education seminar leader and doctor appeared recently on an NBC News program to discuss how laughter literally is potent medicine.