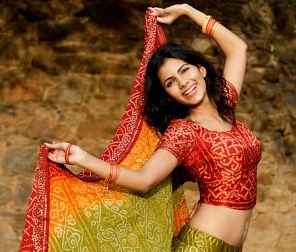 The first ever Chicago South Asian Film Festival is taking place October 1-3, with 16 films being shown over three days across a wide variety of genres. The festival was conceived by Amit Rana as his project in Landmark Education’s Self-Expression and Leadership Program.

The festival has blossomed into a major extravaganza, with films being shown at the Chicago Cultural Center and Chicago’s Film Row Cinema, with at least 2,000 visitors expected. Opening night features a red carpet arrival for actors and the director, who will conduct an open question-and-answer with the audience followed by an exclusive gala event. The festival is now being supported by Columbia College, the Network of Indian Professionals of Chicago, and a variety of corporate sponsors.

Visit the CSAFF website to buy tickets and get more official information – below, Rana speaks in his own words about his motivation for initiating the project and some of what it took to make it happen:

I was always passionate about films and movies and wanted my Self-Expression and Leadership project to be in line with this passion. At the time I started SELP, I had joined a non-profit volunteer organization called the Network of Indian Professionals which holds several social and charitable events throughout the year. They were looking to expand their cultural programming and I decided to take on creating Chicago’s First South Asian Film Festival as my community project with my community being Chicago’s  South Asian, film-loving community.

In doing some research, I realized that Los Angeles and New York both have big South Asian Film Festivals but Chicago never had one despite its large South Asian Population. I reached out to a few friends and began forming a team to make the project a reality. Since we didn’t have any experience in organizing a film festival, we really exercised our network to obtain guidance, volunteers, sponsors, and films for the festival. I was surprised to see the enthusiasm within the community for a South Asian Film Festival. Columbia College was the first to enroll into our vision and jumped on board by giving us free theater space for two whole days! The Chicago Cultural Center also gave us free theater space for a whole day. In terms of films, several up and coming filmmakers both in Chicago and outside Chicago were more than happy to send their films in for the festival.

Over the events, the festival has grown from interms of size and goals. More and more volunteers have joined the team and our film programming expanded from 7 movies to now 16 films. In fact we have reached out to Mayor Daley to come and ‘cut the ribbon’ during opening night of the festival.

Watch the video below to see previews from some of the festival films: