The Bangalore Mirror newspaper of Bangalore, India, ran a story this past July that documents one man’s project that he created in Landmark Education’s Self-Expression and Leadership Program. The man, a software engineer named Makarand Purohit, created an enormous family reunion of hundreds of people after a chance encounter led him to realize that he had a huge family that he didn’t even know. Here are parts of the Mirror’s story:

A software engineer’s coincidence meeting with a stranger helps him stumble into a family tree that spans three generations; he sets out to reunite 134 members of his family at a common place
A software engineer’s chance meeting with a ‘total stranger’ has helped him bring together 134 members of his family spanning three generations.
Makarand Purohit , an employee at Elucido Media Network, began a conversation with a stranger in a mall. Nothing unusual, except that that ‘stranger’ was his cousin. That incident prompted him to hold a reunion for his entire family.
REKINDLING TIES
Purohit, 25, then embarked upon his pet project, ‘Milana’, bringing together his entire family, so no one is ignorant of its existence.
“Not only are families, the world itself is getting smaller. If you ask someone about their family, they would, in all probability, say they are just three or four members. Many times, they are not even aware who their cousins are,” said Purohit.
“One day, I went to a super mart and being a weekend there was a long queue at the billing counter. So I struck up a conversation with a young man beside me. After some time, we both realised we were related,” said Purohit.
BOOST TO ‘PROJECT’
Drawing inspiration from the incident, he decided to sit with his uncle and trace their family tree. “As I chalked out our family tree, we found it had 134 members spanning three generations. I realised I knew only about 50 of them,” he said.
Even as he was planning a reunion, his plans received a boost, thanks to the institution where he was doing a programme in self-expression and leadership. “My institution, Landmark Education Breakthrough Technology, asked us to do a project. It was a community-based project and I chose family as my community. I chalked out the logistics and started working on the reunion planned for August 8 and 9,” said Purohit.
ACTIVITIES IMPORTANT
Purohit asked his cousins to help him out. “I have teamed up with my cousins to invite and reunite nearly 150 members. The reunion will take place at an ancestral temple.
Purohit said it was not enough to just meet, but activities that strengthen the family bonds are also required. “The temple in which the reunion will take place does not have water. So the members will have to draw water from a nearby well, and that is what I want them to do. The camaraderie between members, especially children, will be infectious,” he said.
Purohit has invited Raghavendra Joshi to sing on the occasion. A collection of all the important photographs of the family will be unveiled and made available to everyone,” he said.
Sometimes relatives, given the past history of the family, might not want to be part of the reunion. Purohit, however, said “There might be 100 reasons not to be part of the reunion, but if you look back at the happy moments shared, then you will find 101 reasons to make an appearance.”
REUNION CONSULTANTS
This engineering alumni plans to take the reunion formula beyond his family. “My team is willing to help anyone interested in getting their families together. We can be reunion consultants. We will be more than happy to help families mend their cracks,” Purohit added.
bangalore mirror family reunion India landmark education scam landmark forum review Self Expression and Leadership Program

One woman is going all out to get her mother a new kidney, and she’s doing the same to save others like her.

The executive director of Amnesty International Kenya shares about himself and how The Landmark Forum made a huge difference in dealing with the fallout of violence against his family.

Paws for a Cause has made an unexpected difference – for pets, artists, and the project creator himself. 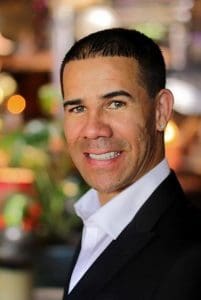 The Landmark Forum was a key piece of one man’s journey from human trafficking survivor to a thriving human being making a difference for others.