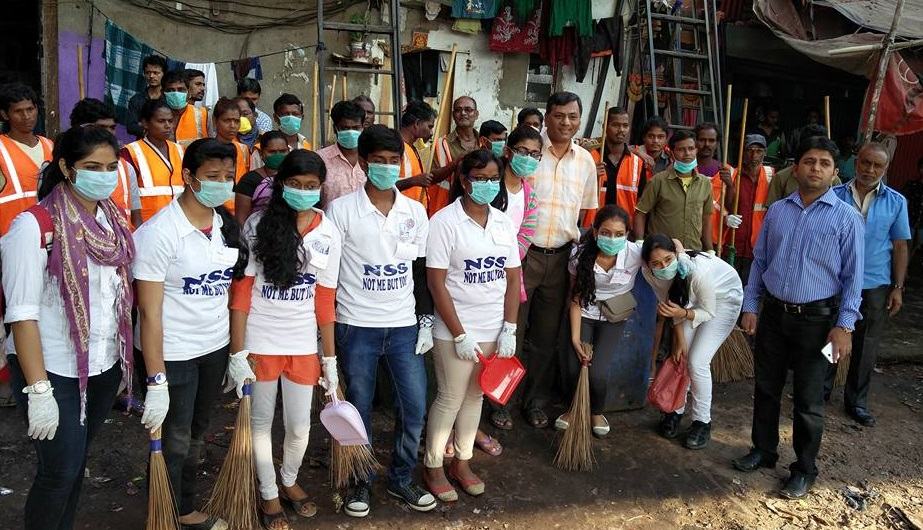 One woman and her friends have spearheaded the removal of harmful garbage in Mumbai as her project in Landmark's Self-Expression and Leadership Program. A student – Shrishti Soni (the lead in this project), was a regular traveler via the Bandra east station in Mumbai. She once spotted a foreigner clicking pictures of a few children playing around a heap of garbage. Being a participant in the Landmark’s Self-Expression and Leadership Program, she espoused this project and decided to name it “ChakaChak Bandra”.

It all began when she was bothered by the heap of garbage and harmful trash near the station. She and a few of her friends conducted a survey of around a hundred people including the regular commuters, residents and employees who agreed to this problem. Cases such as a a pregnant lady who had boils all over her body due to the infection caused by the burning garbage, and a child who expired due to a serious skin disease were the foremost motivation behind ChakaChak Bandra.

A few of Shristi’s friends – Sachi, Zainab Mustafa, Arushi Mishra, Sohail Madge, Aashish Nehete, Shivam Goyal and Nimmy Joy – decided to clean the station with the help of a few NGOs and Shyama Mam (Trustee of AGNI). This project was opposed at first by a bunch of people who mentioned that the efforts they are taking were of no use and it was amusing to see them clean near the railway station. A few of major setbacks were when they received no funds and had to struggle for permissions from the government as well as the fact that nobody from the slums or the neighbouring showed up for the first cleanliness drive.

But despite these hardships, Shirsti and her friends have had many media mentions as well as two successful cleanliness drives. They have also performed a street play for awareness and were appreciated by the railways; later invited for awareness in the Bandra Police Colony. When asked ‘is this it?’ They declined to take a step back and are now looking forward to meeting Poonam Mahajan (MLA) along with Aashish Chelar and a few BMC officials in order to get down to a solution and plan something for the future such as install garbage bins and separate, dispose of the garbage in a systematic manner and have a dumping ground or area set up.

For more information or to get involved, visit ChakaChak Bandra’s Facebook page or this story about the group in DNA India. Also check out the video below.