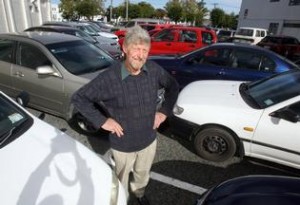 Inspired by a Landmark Education course, Carterton, New Zealand resident Colin Hooper is developing a national carpool system designed to save gasoline and cut both traffic congestion and air pollution. The system, titled, Drivemetoo, has been developed with the cooperation of government officials.

According to an article in Wairapara Times-Age, Hooper developed the idea after observing traffic over a major bridge for hours and noticed that every car only had one occupant.

Other carpooling efforts had been tried, but according to Hooper, they didn’t address the major obstacle, that of people not knowing each other. To deal with this issue Drivemetoo is being developed as a membership network, where members can be connected to others with similar routes, which a computer program analyzes.