Ending Bullying One Bully at a Time 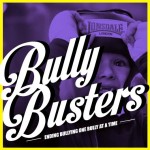 In the Landmark Self-Expression and Leadership Program, one man invented an anti-bullying program which is taking off across California. Marc Holland had a breakthrough – an insight into himself – that transformed his life. He realized that he saw himself as a bad kid, the kind that ditched school, got into fights, smoked pot, who was smart but did not apply himself. He realized he had blocked out the fear he had felt in middle school when he’d been relocated from Long Island, New York to Hollywood. He was a minority in his new school and was bullied on a daily basis.

He had started thinking of himself as bad as a kind of armor for self-preservation. From the pain of bullying he developed himself in boxing and martial arts and put the fear out of his mind. He got so far away from seeing himself as a victim that he began bullying people himself. He says even as an adult, as a husband, businessman, boyfriend, father, there were times he was still a bully.

He never put it all together until in his Self-Expression and Leadership Program. When the memories of bullying came back to him, he suddenly had a real clarity in where he needed to put his talents. The realization that he was being a bully because he had been bullied took hold of him, and out of that idea, Project Bully Buster was born.

Holland launched Project Bully Buster in Palm Springs, California, where he lives, and the program has since spread throughout Southern California. New chapters are opening ongoingly, most recently in Pacoima, San Fernando, Long Beach and Wilmington. He expects that 15 to 20 chapters will end up opening in 2014.

According to Holland, the program works with both bullies and victims of bullying, using self defense to develop self confidence. His mission is to “end bullying one bully at a time”.

One way to see that relationship is that bullies ‘agree’ to live off the fear of the victim and the victim ‘agrees’ to be afraid. Through self defense – boxing or Karate – the program takes away the fear of being hit. Holland notes that “It’s no fun to be picked on, but bullies, if they don’t see fear, will pick on someone else eventually. They might beat you up initially, but they wont make a habit of coming back to you if your fear is not there. That fear the bully lives on is what we take away.” [pullquote]”That fear the bully lives on is what we take away.”[/pullquote]

“In Landmark”, Marc says, “There is a question of ‘where are you experiencing a loss of power?’ – and that is exactly what being bullied is about – losing your power.”

He also notes that while we usually think of bullies as boys, girls can be also. They can gang up on another girl with no thought. Some have been molested – in some cases by brothers or older family members – and will imitate that domineering behavior.

Currently, Bully Busters is an after school program that develops self esteem. The program works with both bullies and those bullied, causing them both to become leaders in their school. The measurable benefits so far that he has seen are improved integrity, better parents, better teachers, better grades, better attendance, and an all around better attitude and more personal motivation. The key for Mark is finding the leader or leaders in each community that really cares. He cites a man in Palm springs who has been working over 20 years for the betterment of kids and has never taken a paycheck from it. He is in it for the kids.

Bully Busters is shifting from simply After School Programs to becoming a real resource that can work in partnership with schools and get information to parents – as a true umbrella organization dedicated to transforming the quality of life for kids.

This has led to the creation of unique events. In Palm Springs, Bully Busters is inviting all the local schools for a water balloon fight to combat bullying. There will be a parade and it will be a day where all the schools come together to unify against bullying.

Marc says the biggest problem with bullying is in the reporting of it, and the action or inaction of the school. Kids will be bullied and tell a teacher, or a dean and nothing will happen. From a kid’s point of view, research shows the kids might be able to deal with the bullying, but they cannot deal with the betrayal of the teacher or school official that does nothing.

In a relatively short period of time Bully Busters has developed a network of about 6,000 friends, between their Facebook page and the Bully Buster Action Network. This is a network of people that will rally when there is a complaint that a kid is being beaten up and the Principal is ignoring it. Marc can reach out to his network and have actions taken. It might mean anything from reaching out to one kid as a mentor to going into a classroom to talk to a kid to find out what is going on to actually intervening to stop a fight.

Sometimes, according to Marc, some of these kids have such lousy home situations, that just showing them someone cares – will make a difference. His dream is for there to be thousands of trained Landmark graduates from all over the world available to do this.

Marc says the key to turning a bully around is in getting him in touch with his inner victim. A bully comes into the program because he likes to fight and cause trouble, but when he is then beat up by a kid half his size or age, he doesn’t often keep the tough guy image. Kids are referred to this program from schools when they are just a step from going to juvenile hall for their actions. Payment is on a sliding scale. There are scholarships for lower income students so none are left out, and in many cases Holland pays for it out of funds the organization has raised.

The current schools involved look to send about 20 kids a year into the month long program. There is potential for tremendous growth – Marc says the program can handle several hundred at a time.

In California, there is something called the “second Punch Program” that says that even the kid getting picked on – if he tries to defend himself – is suspended from school along with the bully the minute he throws a punch. A lot of time, that punch actually causes physical damage on someone and they can get into more trouble than the bully.

Marc says the key is in finding each bully’s trigger. For him, you could yell and scream anything you want at him with no reaction, but have someone remind him of his father or mother and the abuse and disrespect he endured – and his temper would flare in an instant. Back in a Landmark Communication Course, he realized it was the people who made him feel powerless that were his triggers for violence. Marc says after distinguishing this, he could give it up and the effect was liberating.

To open a chapter, all it takes is contacting Marc, enrolling several concerned people, and tying them into some after school programs. The methodology is fairly simple, according to Holland. There needs to be one or two gyms with strong after school programs with leaders who are genuinely interested in the welfare of kids and not just in their own self interests (such as building a great fighting team).

The next issue to work with is transportation to and from the gym. Kids wont go if they cannot get there. At the Palm Springs chapter, they are doing a fundraiser in October in hopes of raising enough money to buy a van to pick up the kids in.

Marc’s goal is for “All kids to understand you don’t have to escape into drugs and guns and such, you can escape into your own personal growth.” He says he believes schools should have the infrastructures in place for people to be walking around and listening and intervening and not just punishing and shaming.

In the future, Marc says Bully Busters does not have to be about self defense; it should be in a medium that is each kids self expression.

1 thought on “Ending Bullying One Bully at a Time”